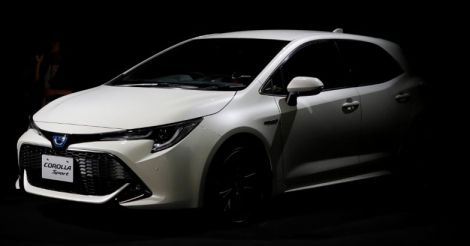 Tokyo: Toyota Motor Corp has given the Corolla, one of the world's best-selling cars, a major makeover and launched it in Japan on Tuesday in hopes that a sporty silhouette and new interactive functions will draw in younger buyers.

While ubiquitous among first-time drivers and university students in North America, Corolla's top market that accounts for about a third of its global sales, the model has become known as a car for the elderly at home where the average age of its owners is around 70 - an image Toyota wants to change.

"We're grateful that our older customers have remained loyal to the Corolla," said Yoshiki Konishi, chief engineer of the Corolla Sport, the newest model which next goes on sale in North America in the coming months and Europe in 2019.

"But we want the Corolla to resonate more with younger drivers ... we want to target people in their 20s and 30s." 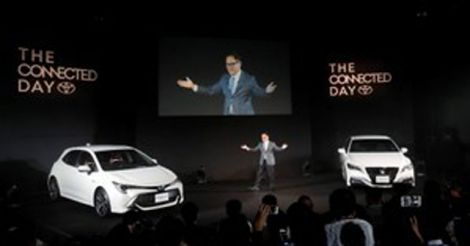 To spruce up the image of its most iconic model, Toyota has led the Corolla's rollout with the hatchback Sport version rather than the traditional sedan.

How Hyundai Creta reinvented itself

It faces tough challenges from a range of rivals,...

Corolla and a revamped domestic Crown sedan model, also launched on Tuesday, will be Toyota's first mass-market cars to offer such advanced technological functions that were previously available exclusively in models from its high-end Lexus brand. Other automakers offer similar functions.

"By adding connected capabilities to a model known for being popular among older drivers, Toyota is trying to attract younger people to the Corolla, and widen its customer base (at home), said Takeshi Miyao, managing director of consultancy Carnorama.

"By doing so, it is betting that the next car trend may not be based on vehicle segment or model, but perhaps on applications, or functions." 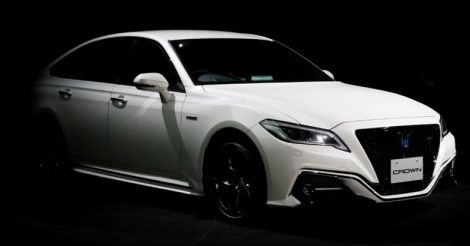 But attracting younger drivers is tough in general in fast-greying Japan, where the number of driving license holders aged under 30 dropped 22 per cent in the past decade while for those aged 65 and above it jumped 64 per cent, official data shows.

The Corolla Sport's revamped image and connected functions had limited appeal for Yuhei Fujita, a 27-year-old who works for a tech company in Tokyo and does not own a car.

"Most cars have decent navigation systems, and if I were to buy a car I'd be happy to be able to connect my smartphone to it," Fujita said.

"The Corolla has a strong image as being a family car, so I'm not sure why Toyota wants to market it towards younger people now."

Toyota declined to give demographic targets for the newest member of the Corolla family, which has sold 46 million units across more than 150 countries since its launch in 1966.

But Konishi acknowledged the reliability of the Corolla would likely continue to draw in mature drivers.