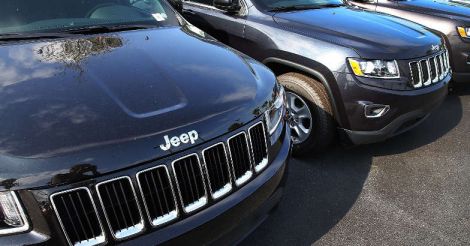 Jeep Grand Cherokee vehicles are seen on a sales lot as Fiat Chrysler Automobiles announced that it is recalling more than 1.1 million cars and SUVs worldwide. Photo: AFP

Detroit: Fiat Chrysler is recalling more than 1.1 million cars and midsize SUVs worldwide because their gear shifters may confuse drivers and allow them to exit their vehicles without placing them in "park."

An investigation by FCA and the US government found that the electronic gear shifters in the vehicles were confusing and might lead people to believe that they were parked even if they weren't. FCA is aware of 41 injuries potentially related to the problem.

Owners will be notified. Dealers will update the transmissions so they won't move once the driver has exited. They will also add enhanced warning signals.