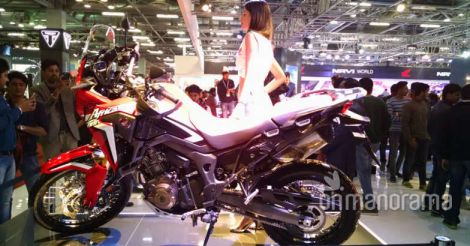 Mumbai: Two-wheeler major Honda Motorcycle and Scooter India (HMSI) has set a target of over 20 per cent sales growth this fiscal as it hopes to banish the long waiting period for its flagship Activa scooter with the commissioning of the second line at its Gujarat facility.

"We hope to sell over 20% more units this year. The second assembly line in Gujarat, with a capacity of 0.6 million by the end of this quarter, should help us end the near six-month waiting for the Activa now.

"We hope from the Diwali season one can drive away an Activa over the counter," the company's Senior Vice-President for Sales and Marketing Yadvinder Singh Guleria told PTI.

"For the first time, we will be able to cross the 5 million sales mark this year," Guleria said, adding that the 1.2 million scooters-only Gujarat plant will help in reaching the target.

With the second line in Gujarat going on-stream, Honda's total capacity will touch 5.8 million from the present 4.6 million from its four plants.

"FY17 is going to be our most definitive year here. Our priorities will be strengthening our connect with the youth, make all our models BS-IV compliant at the earliest while continue to aggressively make inroads into rural markets, which now contributes around 35% of total sales," Guleria said.

Honda opened the 6-lakh unit first line in Gujarat ahead of schedule in February and a similar capacity second line will be on-stream next month, Guleria said.

The Japanese auto major had a whopping 56% share of the scooters market in 2015-16 and expects it rise further with more supplies from the Gujarat plant.

The Rs 1,100-crore plant at Vithalapur near Ahmedabad is the world's largest scooter factory. Since its entry, Honda has invested over Rs 7,800 crore and employs around 20,000 people, including the 3,000 people at the Gujarat plant.

Honda began independent operations (after split with Hero) in 2001 with a 1.65 million units plant at Manesar in Haryana.

In 2011, it launched the second plant at Tapukara in Rajasthan with 1.2 million capacity.

Honda then opened the third plant at Narsapura in Karnataka in 2013 with 1.8 million units, making it Honda's largest two-wheeler plant in the world.