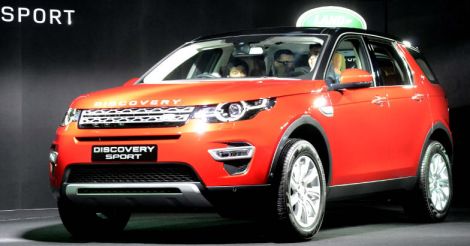 Tata Motors-owned Jaguar Land Rover (JLR) has admitted that the changing business environment in India, owing to the limited ban on diesel vehicles, has affected its business as it now looks to introduce more petrol variants of its cars.

JLR India, on Monday launched the 2 litre petrol derivative of Land Rover Discovery Sport at a starting price of Rs 56.50 lakh (ex-showroom, Delhi), said the ban on select diesel vehicles has affected its business plans but it will adapt to meet the legal requirements.

"The Discovery Sport petrol variant was not planned as early as this to be introduced in India. It was planned for later. So definitely, it does affect our plans," JLR India president Rohit Suri told Press Trust of India.

He was replying to a query if the Supreme Court ban on diesel cars and SUVs of engine capacity of over 2,000 cc and above in Delhi-NCR has affected the company's business plans.

Suri, however, insisted that the company had started planning for petrol variants as the Indian market was beginning to drift towards it from diesel as the price difference between the two fuels began to narrow.

When asked if the company would re-look at its investment in India, like Mercedes-Benz deciding to put on hold its investments citing uncertainty over diesel engines, he replied in the negative.

"If we are to remain relevant in any market, we have to adapt to the legislative requirements of the country," Suri said.

When asked if JLR planned to accelerate the launch of petrol variants of its different models, including the popular Range Rover Evoque, he said, "We are adapting our portfolio, not just because of the ban (on big diesel cars and SUVs) but also due to the increasing preference for petrol vehicles. We will do our best to address the demand."

The new variant of the Discovery Sport, he said, will help the company broaden the appeal of the premium SUV for customers who are more inclined towards driving a vehicle with a powerful petrol engine.

On the sales expectations of the company this financial year, Suri said, "In the first quarter, we sold over 1,000 units registering a growth of 45% over the same period last year. This year, we are looking at double digit growth."

Stating that petrol variants will play a key role, he said, "We already had the Jaguar XJ in petrol, then we launched Jaguar XE in petrol too which saw strong response from the market in the first quarter. Now, we have Discovery Sport petrol too."

Suri said the first quarter growth would have been much higher had there been no ban on big diesel cars and SUVs in the Delhi-NCR region.

Asked about the company's plans to expand portfolio of locally assembled models, he said that at present, the company produces five models locally.

JLR India will add three more showrooms this financial year to take its total to 26 by the end of the year.