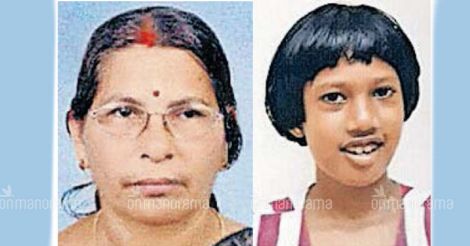 The police said Ayana might have fallen into the pond and Komalavalli might have made a vain bid to save her.

Kaduthuruthy: In a tragic accident, a seven-year-old girl and her 65-year-old grandmother drowned in a pond at a quarry Thursday. The victims were Komalavalli, wife of Krishnankutty Nair of Karikode and Ayana, daughter of Ranjith.

Local people had seen Ayana sitting on a nearby stone as her grandma washed clothes at the pond. The police said Ayana might have fallen into the pond and Komalavalli might have made a vain bid to save her.

Local people rushed both of them to hospital, but they were declared brought dead.

Ayana was class 2 student at Puzhikol St Marthas Special School. Her mother Sajini works with the Devaswom Board.

Local people say the 125-foot quarry had not been used for over 25 years. A youth had drowned here a few years ago and the owner had put up a warning board.