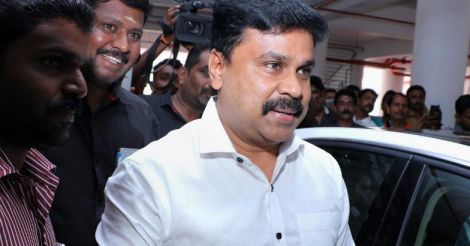 Dileep comes out of a court in Kochi. File/PTI

Kochi: Actor Dileep has been reinstated to the Association of Malayalam Movie Artistes (AMMA) from which he was expelled last year following his arrest in the actress attack case.

The office-bearers decided to take back the popular actor to the association citing that the decision to expel him would not stand valid on certain technical grounds.

The decision was taken at a general body meeting of the association here on Sunday. Veteran actor Mohanlal took charge as the president of AMMA at the meeting, succeeding Innocent. Mohanlal was elected unopposed to the post earlier this month.

The decision to expel Dileep was taken at an emergency meeting of AMMA at actor Mammootty's residence in Panampilly Nagar on July 11, 2017, a day after his arrest.

Dileep was then serving as the treasurer of the association.

The 48-year-old actor is accused of conspiracy behind the abduction and assault of the actress. He was granted bail after serving 85 days in jail.