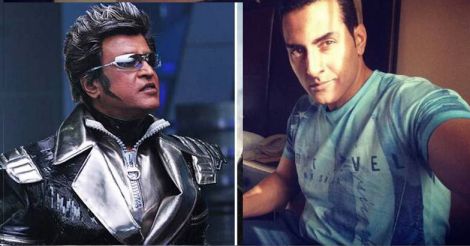 Bollywood superstar Akshay Kumar made us all sit up in horror as pictures of his villainous look for the upcoming Rajinikanth-starrer Tamil movie 2.0 (Enthiran 2) surfaced online.

But it appears now that Akshay is not the only villain in the movie. If reports are to be believed, another Bollywood actor Sudhanshu Pandey will also be donning the evil hat in the movie.

Well, when you have to take on 'Superstar' Rajinikanth, you probably need to import more than one villain from Bollywood.

Directed by Shankar, the film is the sequel to Tamil blockbuster Enthiran.

Reports said that Sudhanshu will be playing the son of scientist Danny Denzongpa, who dies in Enthiran. So we are guessing the son, who is also a scientist, would want to take revenge in the sequel.

Any way, we will end our speculations here and wait for the movie to hit the screens.