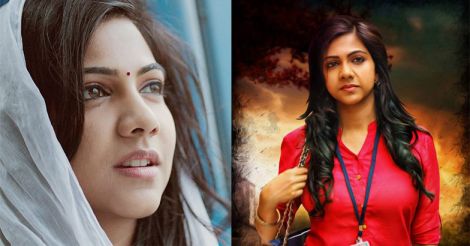 Madonna Sebastian, who is gearing up for her first release in Tamil on Friday, has revealed that she has had her own 'special' reasons for choosing Kadhalum Kadanthu Pogum (Ka Ka Ka Po).

In a recent interview, the actress gushed about her love affair with Tamil, which is often known as the most romantic South Indian language.

“It was the love for Tamil language that made me choose the movie. Ever since I started listening to AR Rahman, I’ve been in love with the language," said Madonna.

Madonna says she signed up for Ka Ka Ka Po within a week after she was approached. “I did not know a line in Tamil till I started shooting and I think the film's credit goes to Nalan and Vijay for teaching me many things and giving me complete freedom during shoot.”

Madonna will be playing the role of Yazhini, an IT professional ooposite to Vijay Sethupathi.

Meanwhile, Madonna has almost wrapped up her next Malayalam movie King Liar and will soon join the sets of Majnu, reprising Celine in the Telugu remake of Premam.