Other Stories in Entertainment News
prev
next
next 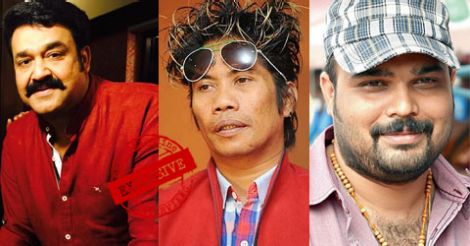 Malayalam filmmakers now largely prefer a multi-star cast to attract maximum audience to cinemas soon after the release and enhance value of their films. And so comes Mohanlal's latest Puli Murugan.

According to reports, director Vyshakh has decided to rope in the best of South Indian actors to portray key roles in this upcoming flick. It will see Tamil actor Prabhu and Mohanlal sharing screen space again after the 1996 classic movie Kalapani directed by Priyadarshan.

Peter Hein, the highest paid stunt choreographer of Indian cinema, will also make his Malayalam debut with Puli Murugan. Hein is known for choreographing some of the biggest stunt sequences for movies such as Kaaka Kaaka, Anniyan, Sivaji: The Boss, Ghajini, Raavan/Raavanan, Ko, Badrinath, Race 2, Kochadaiiyaan, Baahubali and Dohchay.

The film will have an extensive star cast with almost 60 popular actors of Indian Cinema. The movie, which is touted to be an action flick, will see Mohanlal in a completely new look. The actor will be reportedly sporting a different get-up with a big moustache in the movie. The actor has reportedly lost almost 6 kilos for this role.

The full-fledged action thriller is planned with the highest ever budget in the history of Malayalam movie industry.

The movie will also mark the last joint screenplay venture of Udayakrishna-Sibi K Thomas. Sources suggests that the movie will go on floors by the second week of June.