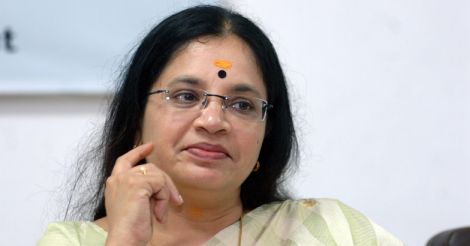 Crowd dubbing is a term used in Cinema when the sounds of crowds are recorded. Most often the people that come into the studio for recording such sounds do not even have any basic knowledge about dubbing. These people have to simulate sounds of places where large number of people congregate like schools, bus stands or markets.

It was during the shoot of the film Lal Salaam that Venu Nagavalli spoke to Bhagyalakshmi about the lack of quality in crowd dubbing. He was of the opinion that people coming into record for this should at least have proper pronunciations.

Bhagyalakshmi put forward a proposal that there should be an audition to select the new members of the FEFKA Dubbing Artists Association, and the board accepted.

For the past 5 years, the Association has been conducting auditions in various parts of Kerala to select new voices. They are also not ignoring the possibility that a path breaking voice may be found from among the crowd. “There are 100s of people turning up for the auditions regularly. A minimum requirement of Pre-Degree is needed to participate, but still the situation was not very positive. Last year we selected more than 200 people for the final round “, says Bhagyalakshmi.

As the auditioning mostly aims at finding new voices for cinema; the selection board consists of a director, sound engineer and a senior dubbing artist. Along with Pre Degree pass outs, there were even people with higher qualifications like MA or B.Ed. Most of them attending the auditions come from Thiruvananthapuram or Kasaragod and their knowledge of the Malayalam language is at times of a pathetic standard. They are confused about the pronunciations of basic, everyday words. What shocked the organizers was the fact that even a high level of education did not make any considerable difference to this.

The jury had a good laugh when the candidates almost killed the language, while narrating famous sections of the Mahabharata or those from Khalil Gibran’s The Prophet.

In 2005, Mohanlal and I had started a dubbing training school. The state of the applicants that came forward for joining the school was in fact similar. There were special classes taken by Prof. Panmana Ramachandran Nair. He would even bring in an ENT specialist to the sessions for correcting pronunciations. There were findings by the doctor that attributed wrong pronunciations to irregular dental positions, especially when it came to the‘s’ or ‘sh’ sounds or Bhagyalakshmi coming out as Phagyalakshmi! The non-Malayalee singers, quite popular among Keralites like S. Janaki or Shreya Ghosal takes so much effort to get the pronunciation of Malayalam words perfect by writing it in their own language. Our people never even bother to try to correct their language. Malayalam has attained a classical language status and yet we Malayalees don’t give the respect that our mother tongue deserves.

There are no answers to Bhagyalakshmi’s questions. But she still hopes earnestly that someday they will find that beautiful voice that has been eluding them.

The talents of those dubbing artists that settle in the confines of the studio or whose efforts and talents are forgotten or masked by the pretty lips of the heroine. Bhagyalakshmi has a history of going against such conventions, and she has always demanded that recognitions or acceptance be given their due.

From ‘Nagavalli’ to Chinthavishishta Aya Shyamala or Jayanthi from Kunkumapoovu... her dubbing journey spans 40 years in the industry. A seasoned dubbing artist to an award winning Writer, the most recent addition; The Kerala Sahitya Akademi award for the best Autobiography this year was for Bhagyalakshmi’s memoir ‘Swarabhedangal’.