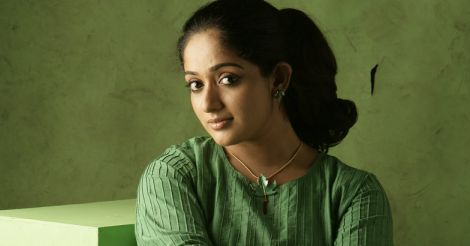 Kavya Madhavan is now a brand name. The name and a logo for ‘Brand Kavya’ have been registered too. There were many fake Facebook profiles in her name and plenty of complaints that her fans could not make out her official page. That’s when a friend of her father suggested having a logo designed in her name. Especially in today’s world when branding and marketing is huge, a personal logo would no doubt be useful. If in the future, she decides to get into any business, it will come handy. When asked if business plans were on the anvil, she replied saying it was highly possible, as her father too was into business with Supriya Textiles at Neeleshwaram.

It is over a year since you stayed away from films. What have you been doing?

It was an interval that I took consciously. Till then, most of the roles that I did turned out to be similar and many pointed this out too. It sort of drained me out. That’s when I took a decision to not do any films for around 6 months. Then I got busy with my brother’s wedding preparations. I was hearing many stories at that time, close to 4 or 5 a day. But none interested me enough.

I used this much needed break for other productive things. I read a lot, did my writing, did dance shows, learnt cooking, travelled, and watched movies. Everything that I missed out on during my hectic shooting schedules, I got back. Most importantly, I could continue with my interrupted B.Com course.

Many wedding rumours too?

For my brother’s wedding, there were many offerings at the Guruvayur temple, Krishnanattam, Rukmini Swayamvaram and the likes. When we went there for it, all the photographers were busy taking my pictures and I even mentioned to my mother that the news will most likely come out in my name. Just as predicted, the papers next day had stories that I was getting ready for a marriage and what not. I don’t know why there is this obsession among people about my wedding plans. Now I just see it as another form of them showing their love!

Any of your films, that you regret doing?

Yes of course. Many were done out of an obligation or in the name of friendships. This happens to big stars too. There are certain films that they feel they shouldn’t have done. But if you look at it positively, there are many things you can learn from your experience. You are well informed about the kind of projects that you need to avoid. And when I later watch the movies that I declined, I am happy I made the right decision.

It is a Saji Surendran film. Krishnan Poojapura is the scriptwriter. I am a taxi driver in it and it is a travel oriented subject. I liked it the moment I heard the story. Though I have a licence, I am not so confident driving in peak traffic, but I still try.

I was very scared in the beginning but after I saw Rimi Tomy driving, I got some confidence that I could do this too. Rimi doesn’t drive; she flies and expects everybody else on the road to be careful. She zooms past without a care in the world and you just sit there praying for your dear life!

We used to have a white Lancer which we nick-named ‘Lansu’. It was like a member of our family and we used to speak to it. When we sold it, it went a short distance and stopped. It refused to start after that and they could not find out what the problem with the car was. That was quite heartbreaking for me.

What’s in store for the future – both in films and in life?

No big plans. I haven’t even decided how much longer I want to go on acting. I would love to continue my dance studies though. And again Malayalam cinema has undergone a major transformation. I wouldn’t term it ‘New generation’. The stories aren’t all that unique or different but the acting styles have changed. It has come to a point where you can say anything on screen. I don’t agree with this attitude though.

There were calls from Television as a judge for some reality shows and to play a Goddess in some serials. But I am not interested. I am OK with giving away prizes but who am I to judge other’s talents!!