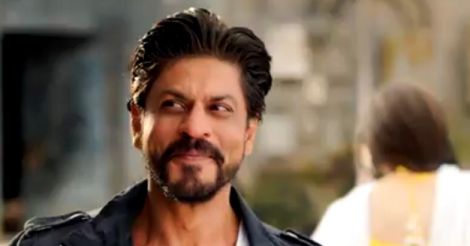 Mumbai: In his over two-decade career, Shah Rukh Khan has maintained his on-screen charisma, his craze and an average of two and a half films per year and he wants to keep it that way.

The Bollywood Badshah says he has no intention of doing multiple projects at a time because he doesn't want to miss out on enjoying the filmmaking process and indulging in other activities.

The last time fans saw him on the screen was when he came riding on 'Chennai Express'. Running at notch eight, the action-romantic comedy made the quickest Rs 200 crore, thus multiplying manifold the megastar's stake in filmdom.

After over 14 months, he is returning with a completely different genre - heist drama 'Happy New Year'. Scheduled for Diwali release, the big budget multi-starrer is high on technology.

Asked why such a long gap and pat came the reply: "I like making one film at a time."

Without a pause, he pointed out that he never took up multiple projects in his career and, on an average, did two to three films in a year.

"I have never done that actually. In 25 years, I have done 55 full-length feature films. So, I have never been able to do more than two to two and a half films in a year even in the times when people used to 12 films," he said, adding the rest were guest appearances.

"I would like to keep it that way. I enjoy doing one film. I like finishing it, taking some time off, spending time with kids and then get on to the next one," said Shah Rukh who became active in showbiz in the late 1980s.

Hopping from one project to another is not his cup of tea.

"It's very irritating for me that one film ends and immediately I go to the second one... I can't do that. I have not been able to do that for five-six years now. I enjoy the process," said the 48-year-old. 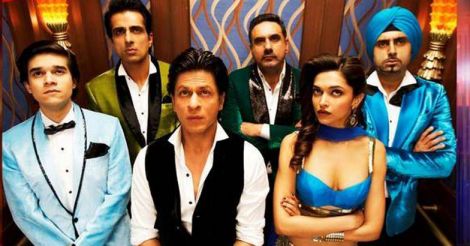 Coming back to 'Happy New Year' produced by his company Red Chillies Entertainments and directed by his good friend Farah Khan, he said that the film was time-consuming.

"I would rather sit down and enjoy the process... have other things to do as well," said SRK, who was expected to jump on 'Fan' bandwagon soon after the trailer launch of 'Happy New Year'.

"But I requested the makers to allow me a 20-day break," said SRK who also has 'Raees' and Rohit Shetty's next film in his kitty.

Said to be made on a budget of Rs 150 crore, the film, which is Shah Rukh's third film with Farah post gold spinners 'Main Hoon Na' and 'Om Shanti Om', is not only technologically sound but also boasts a versatile cast, which sees Bollywood's dainty darling Deepika teaming up with SRK for the third time.

Abhishek Bachchan, Boman Irani, Sonu Sood and Vivaan Shah join them in the rigmarole of stealing a diamond.

"This is a quintessential Bollywood film and on Diwali, everyone wants to feel happy and celebrated. I hope this one brings some cheers to them," said Shah Rukh who takes pride in accepting that he is known as someone who "makes families happy - for the mothers, daughters, sisters...and everyone."