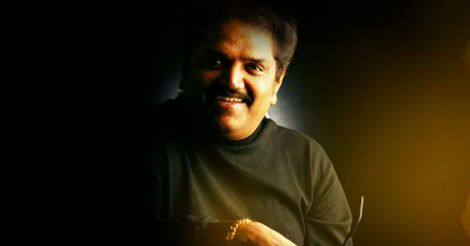 Vidyasagar has been a quintessential part of Malayalam film music for the last two decades. Before his foray into film industry itself, Vidyasagar had the good fortune to associate with noted music directors including Raveendran, Kannur Rajan and Ousepachan.

Vidyasagar succeeded in striking the right chords, whether its melody or fast numbers. Manorama Online catches up the music director during a visit to Kerala recently.

Be it’s a film song or an album, all your compositions have a distinct Keralite touch. Being a non-Keralite, how could you create such music?

I have been receiving such feedback since my first film in Malayalam, Azhagiya Ravanan. Many of the non-resident Malayalees who visited Kerala at that time called me up and said the nostalgic feeling evoked by the song 'Vennila Chandanakkinnam' prompted them to visit their native places to meet their dear ones. Somehow, I am connected to Kerala and Malayalees.

One of the most popular songs you composed in Malayalam was Ethrayo Janmamayi from Summer in Bethlahem. Tell us about the song

Director Sibi Malayil was doing a Tamil film for which I was the music composer. We did not use one song composed for that movie. Summer in Bethlahem happened after that and we used the pending song's tune in this film. The song was an introduction of an unknown lover. So I gave a mystic mood in the tune. The lyrics are more catchy than the tune and all credit goes to Girish Puthencherry.

On the camaraderie with Girish Puthencherry

Girish was like a maternal brother for me. He wrote the apt lyrics for my tunes. The tragic demise of such a blessed writer is sad. Kerala loved us. I think, after Vayalar-Devarajan duo, we are one of the most popular combinations in Malayalam film industry.

You have given opportunities to fresh voices in Malayalam. Name some of the promising youngsters

I have given opportunity to 32 new singers. But it’s very difficult to name a few. There are talented singers. Industry needs artistes with multi-faceted talent. Time will prove who is the most talented.

Tell us about your association with Raveendran, Kannur Rajan and Kaithapram

I had worked with Raveendran who was known as Kulathoopuzha Ravi at that time, when I was very young. The association with Kannur Rajan came through the movie Chithram, directed by Priyadarshan. I was doing background score for the movie. I have great admiration for Kaithapram.

Do you understand the meaning of Malayalam lyrics for which you compose music?

Of course. I love poetry and I use to write poems in Tamil. So it is not an issue to understand the meaning of Malayalam poems. Whenever I find it difficult to understand a word, I will ask the meaning of it. There are many occasions when I have asked to replace some hard words in Malayalam with lighter ones better suited for the situation.

You and A.R.Rahman were class mates

We were mates while we studied piano. Later on, he worked for some of my songs and in some films too. However, now I can't say that there is an eternal friendship between us. Because there is no common platform for us now to come together and work with. When we meet in some function we great each other. That's all.

Your father was a musician and grand father was in the court of Vijayanagara Samrajaya. Tell us about the legacy you own..

My grandfather was the 'asthana vidwan' of the ancient Vijayanagara kingdom, the 'samrajya' which perished later. His name was Varahanarasimha Murthy. Now, his grandson has created a 'commercial samrajya' with music.

What kind of music you want to compose again? I want to compose love songs again. Because love is such a beautiful feeling. You can express love with words and even gestures. The feeling of love makes you stay young and energetic.