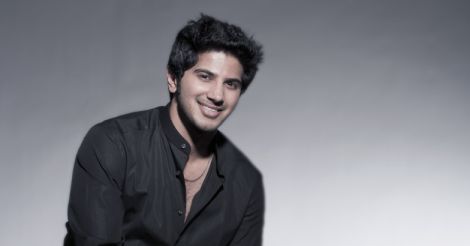 Dulquar Salman could carve a place of his own among the upcoming frontline artists not only because he is the son of super star Mammootty, but also due to the diverse and peculiar roles played by him in some of his movies.

Dulquar Salman talks to Manorama Online about his first bilingual movie released on 25th April after a handful of successful movies in Malayalam. The movie is titled ‘Samsaram Arogyathinu Hanikaram’ in Malayalam and ‘Vaya Moodi Pesavum’ in Tamil.

I am a person who likes to undertake projects different from those done earlier. Thus, I filter movies before making up my mind.

**Could you elaborate on the storyline of ‘Samsaram Arogyathinu Hanikaram’? ** Each person talks in a different way. The issues created by the various styles of talking are presented in an interesting manner in the film. It has lot of fun elements. The story is about two youngsters; one talks and one does not. It is what we would like to call, a romantic entertainer.

The film also addresses certain social issues. Anybody can watch this movie. The movie has been inspired by many fantasies.

This is your first bilingual movie. How was the experience?

The dubbing of the movie was done carefully. A shot taken in Malayalam was also taken in Tamil simulataneously. I have done dubbing for Tamil also. We were very careful about this. Since it was my first time, I was rather excited.

This is your second movie with Nazriya after ‘Salala Mobiles’. Do both of your share a good rapport?

Nazriya is a good friend of mine. I have known her for a long time now through my cousin. Our families also know each other well. She also shares an amiable relationship with my wife. I think this chemistry has worked out well in cinema.

Do you have a dream role in your mind? Especially being the son of a father who has handled almost all kinds of characters..

No; nothing like that. But I wish to do noteworthy and different characters. I only sign up for roles which suit me. I try to deliver my best.

Does Mammootty play a role in selecting Dulqar’s movies?

Vappachi is extremely dedicated to his career. Thus, he does not have enough time to even listen to all the stories that come by his way. Then, how can he listen to my projects and take a decision on that? People tend to imagine things.

You said that many of the movies which you undertake are not under your control. Could you explain that?

When I started my career in cinema, I had a lot of time to listen to stories and select those roles that suited me. The number of projects that I had received were less. Now, the situation has changed. I get to hear a lot of stories. It is practically difficult to select one from them. This is something which can happen to anybody.

Is there a competition between the son and the father?

Oh no! I am not as experienced as Vappachi. I don’t even think on those lines.

You mean to say you have never said ‘Papa bharanam vendappa..’ (no ruling by father) at home?

No, I consider Vappachi as a great artist.

Let us come back to ‘Samsaram Arogyathinu Hanikaram’. What are your expectations with regards to the response to the movie in Tamil Nadu?

Based on the responses received so far, I expect a positive outcome over there too. The shooting had taken place in Munnar. Communication is a basic factor for any human being. Issues, whether in Kerala or Tamil Nadu, are the same. The culture of this cinema, the situation and environment of the characters apply well to Tamilnadu and Kerala.

What is the reason behind working for a Tamil movie at this point of time?

As my first Tamil venture, I liked this project. Considering that I have a busy schedule in Malayalam, I have practical difficulties in committing to a full length Tamil movie. I have always wanted to do a Tamil movie. Since everything came together, I made use of it.

Dulquar Salman is now acting in the movie ‘Vikramadityan’ by Lal Jose. The shooting is in progress at Kochi.