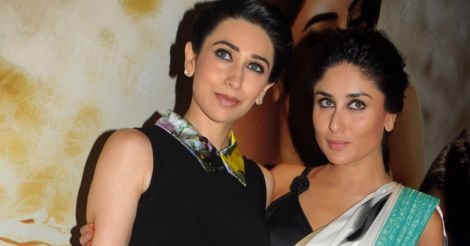 Karisma Kapoor (L) and Kareena Kapoor at the music launch of a film in Mumbai on June 12, 2014. AFP/File photo

Bangalore: Actress Karisma Kapoor says her actress sister Kareena is more like a friend to her than a sibling.

The 40-year-old actress, who was last seen in 2012 supernatural thriller film 'Dangerous Ishq', said she and Kareena share a strong bond.

"She is my sister and we are very close. I think she is more of a friend to me than just a family member. We share a great bond and she is a blessing in my life," Karisma told PTI in an interview.

The 'Zubeidaa' actress, who had a successful career in 90s' and 2000, says it has been a rare instance when two sisters have successfully worked in the same decade.

"I think there has never been a precedence where two sisters in Bollywood have been successful working simultaneously as heroines in same decade or same generation. I think we have been lucky and fortunate to have had great careers," she said. 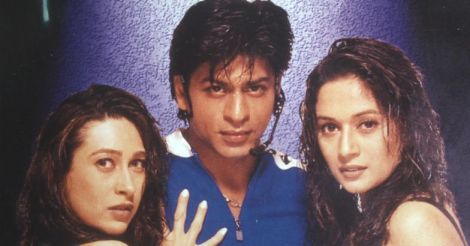 Though they share a close bond as sisters personally, Karisma says professionally they never interfere in each other's decision.

Asked if she is worried that Kareena is rejecting many film offers after marriage, Karisma supported her sister.

"She is married and wants to pick and choose the work she is doing. It is completely her choice. She is been that kind of person. I think, right from her first film, she has done whatever she has wanted to do in her life, and I think that is the kind of person she is and we respect that."

Karisma, who went against her family to enter Bollywood, says she would never enforce anything on her children, Samiera and Kiaan, on what they want to be in life, including becoming an actor.

"I am a kind of parent who will let them do whatever they want to do in life. Whether they want to be an actor or not be an actor. I would never enforce anything on them," she said here on the sidelines of the NDTV-Diageo Road To Safety, a campaign to make Indian roads safer. 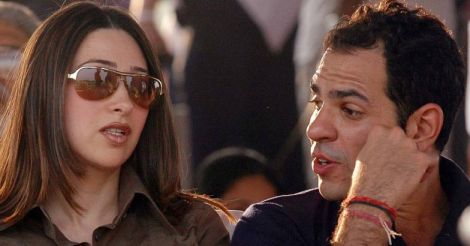 As a mother, Karisma wants her children to grow as strong and responsible individuals at their own pace.

Karisma does not want to get back into films as she wants to spend time with her two children. The actress says she cannot think of being away from them for a long period of time.

"It is my personal choice and preference. I think my children are very young and when we do a film, it takes many days to complete a film. I want to be around for my children. I think I feel happy as a parent," said Karisma.

Acting may have taken a back seat after marriage and motherhood but Karisma feels she is still loved by her fans.

"In a way, I strike a balance with masses and classes. I also have that connect with the audience and I am thankful to my fans that they want to see me. Commercials don't consume a lot of time. I just did a book last year. I did a radio show. So, I like doing different things and that keeps me busy and active apart from parenting," she said.

Karisma feels young women should lead a healthy life to be active in life.

"I want to propagate to young women out there, you are beautiful as you are and you must lead a healthy lifestyle – eat correctly and go to gym or do yoga or do something – everything in moderation – that's all," she said.