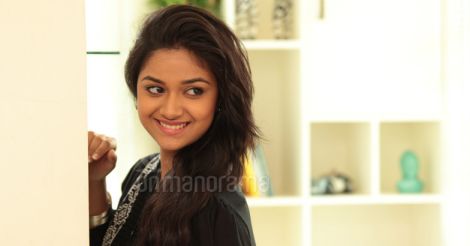 She stepped into filmdom in 2013 as the heroine of none other than superstar Mohanlal! In the last two years, she has acted in different languages in over eight films. And that, definitely is an achievement. We are talking about Keerthy Suresh, one of the new generation heroines of South Indian cinema. Keerthy speaks about her films and more to Onmanorama.

Tell us something about Rajani Murugan

I’m working along with Shivakarthikeyan in this movie. I have always wanted to work with him. I’am sure that this movie is going to be a turning point in my career. I’am confident about this not only because Shivakarthikeyan is the hero, but also because there is a great team behind this movie, including director Ponram, producers N. Linguswamy and Tirupati Brothers, and music director D. Iman. They were behind the success of the film ‘Varuthapedatha Valibar Sangam’. 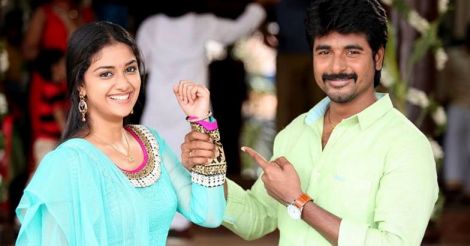 Keerthy is working along with Shivakarthikeya in ‘Rajani Murugan’

I feel lucky to be a part of this team. I play the role of a village belle in Madurai. The name of my character in the movie is Karthika Devi. She is a bubbly and smart character. Songs from the movie are already a hit. After the song ‘Ennamma Ippadi Pannungale Ma’ released, I got many calls from Kerala.

Just like the songs, I’m sure that the film is also going to be a hit. I have also acted with Vikram Prabhu in the film Ithu Enna Mayam. That is yet another project that gives me immense happiness as my mother has acted in many films along with Vikram's dad, Prabhu. Now, after many years, their kids are sharing screen space. Vikram has also mentioned this. The movie will be releasing soon. In Telegu, I have acted in Ina Ishtam Noovu and Harikatha that is awaiting release. 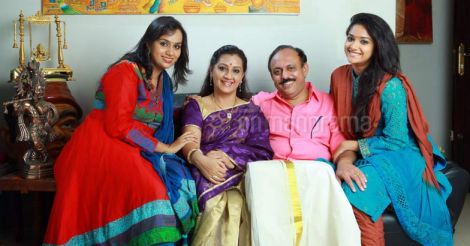 When are you planning a return back to Malayalam? 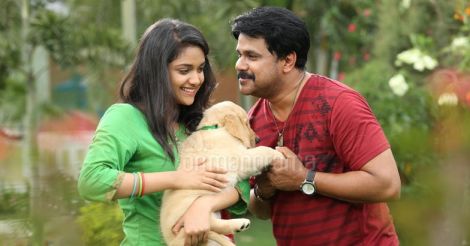 Keerthy with Dileep in 'Ringmaster'

If I get a good character in Malayalam, I will definitely take it up. And I'm sure good character roles will come in my way. In fact, I am waiting for that. But I also believe that luck plays a crucial role.

I believe I’m quite lucky in many ways. My first movie was Gitanjali, and that too with Lal Uncle (Mohanlal). The director of the movie was none other than Priyadarshan himself. It was a dream debut. How many would be this lucky? After that, I could act in Ring Master with Dileep. I have put all my efforts in both the movies. Along with that, two movies in Tamil and Telegu are awaiting release. Not bad, right?