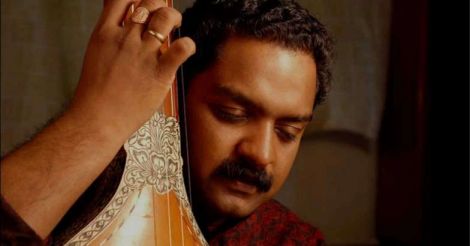 Any movie that comes of the Ranjith-Mohanlal partnership is an exciting news to look forward to for every Malayalee. Loham, the upcoming thriller by this celebrated duo is no exception.

The posters and trailers of this movie, with the tag line, which translates into ‘this is not a movie about smuggling of goods, but about smuggling of lies’, have multiplied the expectations of movie lovers all over Kerala. Ranjith identified a unique talent to compose the tunes for the movie – music composer Sreevalson J. Menon, more popular for his music albums, which stand out for their freshness.

Sreevalson, who holds a doctorate in Agricultural research, and currently a professor in the Agricultural University, is also a winner of the Kerala Sangeetha Nataka Academy's Kalasree prize. The music he composed for the movie Saint Dracula was nominated for the the 85th Academy awards under the songs and original scores category, attracting international attention. Sreevalson shares with Onmanorama his experiences in working with the Loham team. 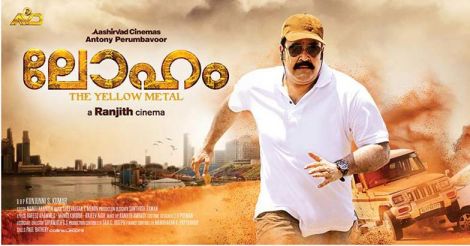 The experience of being in a Ranjith movie

I did not know Ranjith sir at all. I was introduced to him by Renji Panicker. After watching Njaan, I had called Renji Panicker to appreciate him for of his role in the movie. When I told him that I had not previously interacted with director Ranjith, he assured me that my name is familiar to him and I can call him without any concern. Thus I called and talked to Ranjith sir and subsequently, had a chance meeting with him at a concert in Coimbatore. That facilitated a long meeting and discussions with him, all pertaining to movies in general.

Once I was back to Kerala, he invited me to his flat in Ernakulam. At that point, I did not have the faintest inkling that the meeting had anything to do with an offer to tune the songs of one of this movies. But when we met, Ranjith sir talked to me about Loham and finally asked me if I could compose its music. I consider it as my sheer fortune to work with a director like him. 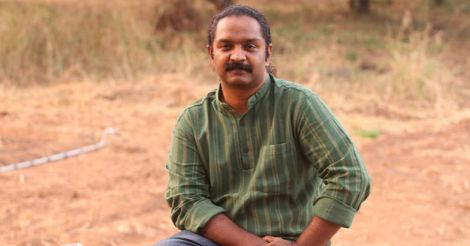 All the three songs in the movie are essentially romantic briefs, says Sreevalson

The freedom in the work space

Ranjith sir is the kind of director who provides lot of room for the creativity of the music composer to brew and mature. Once he explains the movie situation for a song, he stays away and allows the composer to work in absolute freedom. We started with the first two songs, one that begins as Ethipoyi, and the other one, a wedding song. Once these two were done, we began with the third one, which was initially planned to be a fast number. As the discussions progressed in the shooting site in Fort Kochi, he had a change of mind and decided that we would have a melody instead of a fast number. A melody in the legendary Baburaj style.

While the other two songs were done slowly and deliberately, this song was charted to be composed, recorded and shot on three consecutive days. Kanakamailaanchi emerged from the collective efforts of several people, and finally evolved just into what everyone had in mind.

All the three songs in the movie are essentially romantic briefs. One is in the backdrop of a wedding, another is nostalgic and third is a travel. Ranjith had not demanded the thriller character of the movie to be represented in the songs. 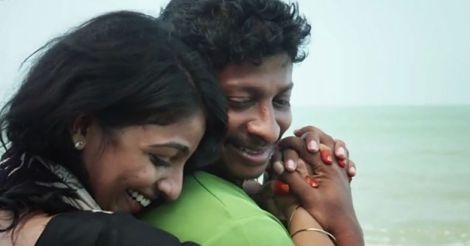 A still from the song

There is a fast number in the movie, but the audience would not be seeing him dancing to its beats. The super star is only making an appearance during the song. He is present in all the songs except Kanakamailaanchi.

I would not claim anything innovative in the music of this movie, but I can proudly say that this is the first time I am introducing an element of soft drop in any movie. As I mentioned earlier, Kanakamailaanchi is a melody set in a yesteryear tone. This was not intentional, but ultimately that was where we reached. And the fast number in the movie is the first of its kind to my name.

As the music director, I had complete freedom in choosing the singers for every song. However, I sought permission from the director before I took a decision. During one of the shooting breaks, Ranjith sir asked me if I had ever listened to Mythili performing a song. When I replied that I had not, he asked her to sing for me and her performance took me by surprise. Later, when I suggested Mythili's name for the third song of the movie, Ranjith sir gave me an affirmative response. Shahbaz and actress Mythili, thus performed the third song of the movie. The general consensus that the attempt was successful. 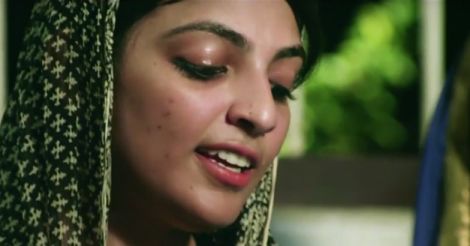 Mythili has sung the song 'Kanakamailaanchi'

Background music and lyrics of Loham

Rajamani sir has done the background score of the movie. The lyrics were penned by Rafeek Ahmed, Manoj Kuroor and Rajeev Nair.