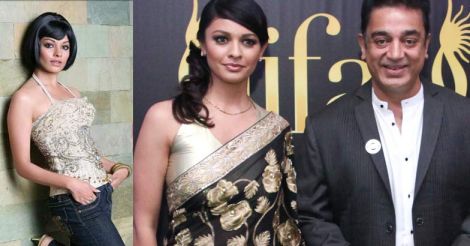 Multi-talented actress Pooja Kumar, who will soon be seen in Kamal Haasan-starrer "Uttama Villain" and "Vishwaroopam 2", says she'd like to bring experiences of her life into acting.

"I have a degree in finance and politics. I've produced short films and I'm a trained dancer too. I enjoy taking out time to do these things and people like Nandita Das and Shabana Azmi inspire me. They're actors who are also actively involved in social causes, among other things.

"I don't want to be greedy about doing 100 films. I want to experience life and bring all that into my acting," Pooja told IANS.

She made her acting debut over a decade ago in Tamil drama "Kadhal Rojavae", but she couldn't continue acting because of personal commitments.

"I was very young when I worked in my first film. I was born into a family of doctors and engineers, and my folks were very particular that I complete my education. So, I went abroad and finished my education and spent the rest of the time in acting, learning dance, and finally, when an opportunity presented itself I grabbed it," said Pooja, who was last seen in Tamil spy-thriller "Vishwaroopam" (2013). 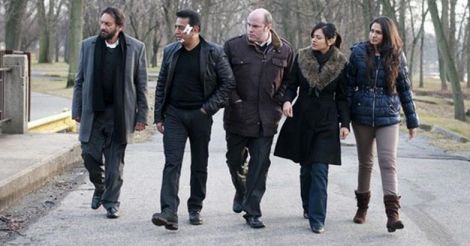 A still from Vishwaroopam

She happens to be one of the few actresses to have worked with Kamal in three back-to-back films.

"I'm deeply honoured to have made it to this exclusive club of legends such as Sridevi, Jayaprada and Gauthami who've shared screen space with Kamal more than once. And all this wouldn't have happened without luck," she said, adding she'd love to work with the legendary actor again.

Recalling her experience of meeting Kamal for the first time, she said: "He's so humble and welcoming to everybody. I could see in his eyes the excitement about what he does in cinema and that sort of inspired me to strive for excellence". 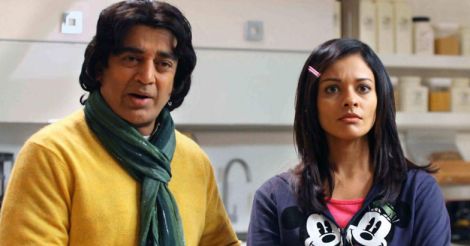 Before Pooja became Kamal's heroine, she was his hardcore fan. She admits the transition from his fan to heroine wasn't easy.

"It was challenging in a different regard. I'm just a newcomer and to perform alongside a legend that has spent over five decades in cinema was quite nerve-wracking. The bigger challenge was to actually develop a relationship and act alongside with him especially when it comes to bringing out the chemistry between us," she said.

"When I saw what he was doing, I felt motivated to prove my work. The fan in me automatically was replaced by the character I had essayed. Also, I was not just seeing the actor Kamal Haasan to get swayed as a fan. I was also seeing him as director, producer and so many other roles he takes up on sets," she added.

Pooja says her roles in "Vishwaroopam 2" and "Uttama Villain" are very "different" and "challenging". 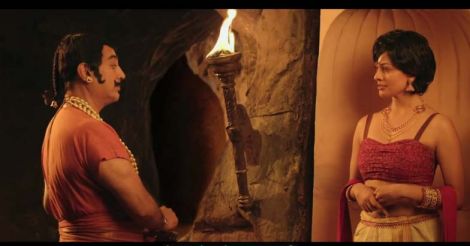 In 'Uttama Villain', Pooja plays a character from a different era

"In 'Vishwaroopam 2', I've done my own stunts - there's one scene where Kamal and I defuse bombs and engage in a gun battle - all underwater. I don't think any Indian actress has done her own underwater stunts. I've kind of become a pioneer in that and that's something different I bring to the table," she said.

"In 'Uttama Villain', I play a character from a different era. I play a non-Tamil-speaking modern-day actress, who speaks chaste Tamil. The role also gave me an opportunity to do three different dance set-pieces - a commercial number, another one set in an earlier period and then, dance choreography as part of a stage play.

"It was challenging to do all these in a single film. I'm a trained dancer, and when I couldn't get an opportunity to showcase my talent in 'Vishwaroopam', I was upset. But my role in 'Uttama Villain' had a lot of dancing to do," said Pooja, who considers Kamal to be a magician.

One quality that really impresses her about Kamal is his ability to "find a balance between all that he does".

"He's like a magician and you want to see every act he has for us. You really can't pick a best one. I think what he has given to cinema and the industry as an individual is much more than what he's achieved in any particular role," she added.