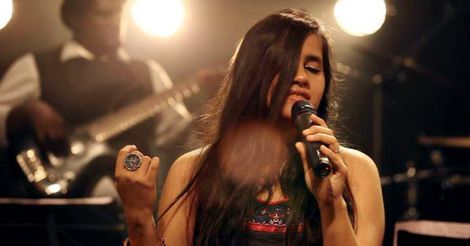 "I've recorded with Rahman sir in the past, but this was my first title track. When I walked into his studio to record 'Ladio', I experienced the 'Oh my god!' moment, but it lasted only for seconds because he doesn't give his singers the time to get nervous," Nikhita told IANS.

She has also crooned to Rahman's tunes in films such as 'Jab Tak Hain Jaan' and 'Raanjhanaa'.

"I'm sure one of the challenges for Rahman sir must be dealing with people who get nervous when they come to record with him. But you feel so comfortable around him and he never makes you feel that he's a celebrity," she said.

Nikhita, who's half Bengali and half Punjabi, recorded the song in four hours.

"The biggest challenge was the language, but thanks to the lyricist Madhan Karky, I didn't have to struggle to learn the song. The whole recording process only took us about four hours. We took about one hour to get familiarised with the lyrics and then we recorded the song," she added.

She wrote the song in Hindi and recorded it. 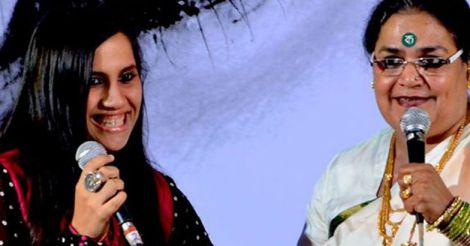 A former student of Rahman's K.M. College of Music and Technology, Nikhita's first association with Rahman was during the Indo-German exchange.

"I was part of the choir which performed with German orchestra during the exchange program few years back. Rahman sir then heard me individually and auditioned me for a project called 'Qyuki' with Shekhar Kapur," she said.

Nikhita, who recently cut her debut album in Bengali titled 'Kotha', is also part of a Sufi band called 'Noor', and is a trained Odissi dancer as well.

She was one of the vocalists of the Tamil song 'Modern Kalyanam' from Tamil adult comedy 'Kalyana Samayal Saadham'.