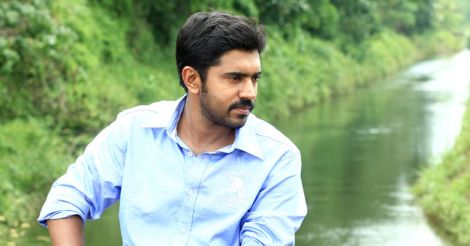 Nivin shared the delight and secret of his hat-trick success with Manorama online.

Most of the recent box office success stories have a Nivin Pauly tag to it. The first movies which found place in 2014 hit charts like ‘1983’, ‘Om Shanthi Osana’ and ‘Bangalore Days’ have Nivin Pauly in key roles. Nivin shares the delight of his hat-trick success with Manorama online.

Bangalore days depicts the colorful and vibrant celebration of youthfulness. What are your memories of those days?

It was a friendly set with Dulqar, myself, Fahadh and Nazriya. We were sharing fun and laughter at the sets during each shot. During one occasion, Sameerikka (Sameer Thahir) was struggling to take a shot in morning light while me and Nazriya were striving hard to control our laughter. It was a combination scene. Finally Sameerikka got upset with us and walked out. There were several such instances worth remembering.

During moments when you start to get a feeling that the movie is going to drag, it is your dialogues that take the movie forward from there. Did you expect such a success while you heard the story of the movie?

I was tensed when Anjali Menon first narrated the story. ‘Kuttan’ is an innocent village guy. I was scared how such a character would turn out with comic elements. But she gave me courage. She had mentioned that time itself that when the movie gets released, 'Kuttan' would be the character loved by most people and that he would grab attention and applause.

Isn’t it the first time you handled comedy in this manner?

Yes. It is difficult to do comedy. If it is done well, people will love those who handle comedy more. I am happy with the good response.

How did you feel when Mammotty called up to congratulate?

Mammukka called me to appreciate my performance in a movie in which his son Dulqar too acted, which indicates his good heart and individuality. He said I am getting refined as an actor and that I should go ahead with consistency.

Who are the others who congratulated you?

Sathyan Anthikkad sir called and said that he did not know that I could handle comedy well, adding it was the likes of Srinivasan sir who have done comedy in such a serious manner. Director Ashiq Abu and Rima Kallingal also said I have performed well.

‘Om Santhi Osana’ was a heroine-oriented film? Still why did you take it up?

Its director Jude is a friend of mine. I had a personal interest to do Jude’s movie. Moreover, in that movie, the hero does not woo the heroine; it is the other way. Such a subject has been seen in Tamil cinema. I felt a difference in that.

How did your little son respond when he saw his father on the screen?

We watched ‘Om Santhi Osana’ in Trivandrum. He watched the movie patiently without crying. It is a pleasure to watch him laugh seeing me on screen.

‘Mili’ by Rajesh Pillai and ‘Premam’ by Alphonse Putran are my upcoming projects. I do a guest role in Lal Jose’s debut production venture ‘ Vikramaditya’. The rest have not yet been decided yet.