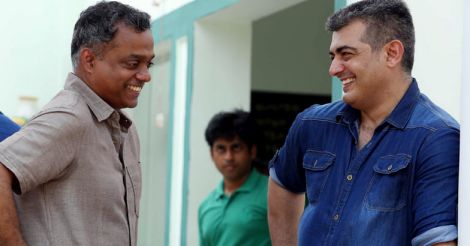 Gautham Menon with Ajith on the sets of 'Yennai Arindhaal'

Chennai: Filmmaker Gautham Vasudev Menon, who is basking in the success of his latest Tamil release 'Yennai Arindhaal', says he realised he can also make commercial films through his experience of working in the film.

"The initial response to 'Yennai Arindhaal' was that it didn't have all the quintessential commercial elements, though I consider it as my most commercial venture. I discovered a commercial side to me and realised that I can venture into these areas as well," Gautham, who is known for films such as 'Kaaka Kaaka' and 'Vinnaithaandi Varuvaayaa', told IANS.

It's been a little over two weeks since the film starring Ajith Kumar has released and Gautham is 'delighted with the response'. 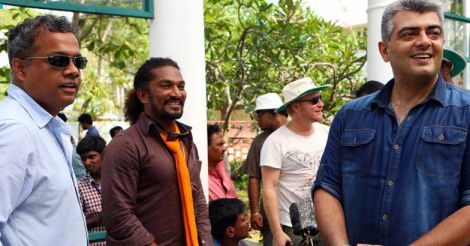 When Gautham Menon discovered his commercial side

"When I was making the film, we didn't think about the response. Ajith was very helpful right till the end and if at all there was pressure, he took it off me. He'd encourage me to do the kind of cinema I'm known for and not let me indulge even slightly to satisfy his screen image," he said.

"I didn't treat Ajith like a superstar and that's what he wanted. I treated him like an actor," he added.

"The industry doesn't usually say nice things about my work. My films take a while till they are accepted as good and I think 'Yennai Arindhaal' too will go through that phase," he said.

When asked why he thinks the industry doesn't warm up to his films, Gautham said: "Here, the appreciation comes rarely and trying to put down someone's film is what always happens."

But he doesn't conform to these ideas and wishes good for all films.

"For instance, 'Anegan' released on Feb 13 and our film released a week earlier, which meant that we could get most of the theatres only till 13th. Now, I never wished or conformed to the idea that 'Anegan' shouldn't do well because Dhanush is someone I like," he added.

Despite the mixed reviews the film has garnered, Gautham thinks the film would've worked better with an actor without any image.

"The problem here is the mass image of Ajith, if at all you consider it one. The film would've done really well with somebody without an image but it's just a hypothetical situation because I knew Ajith was going to be my hero and I always try to keep the image of an actor out of my screenplay," he said. 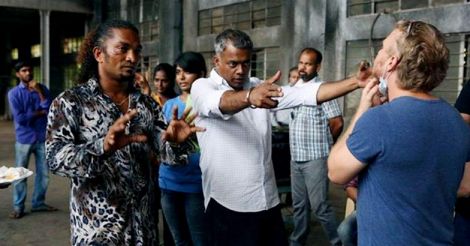 Gautham giving instructions to Stunt Silva on the sets of 'Yennai Arindhaal'.

But stars control the box-office and Gautham nods in agreement.

"If Ajith wasn't part of the film, I don't know if the film would've collected so much. You need stars to create the buzz and bring audiences to the cinemas," he said.

"I know we've pulled off a big film like 'Vinnaithaandi Varuvaayaa' sans the commercial elements, but it worked due to the combination of Rahman and Simbu. The three of us made it work. When you have a superstar on board, everything is automatically taken care of, he said.

Gautham has always been lauded for the way he portrays women in strong and independent roles.

He received thumbs up for the portrayal of Trisha Krishnan and Anusha Shetty in 'Yennai Arindhaal'. 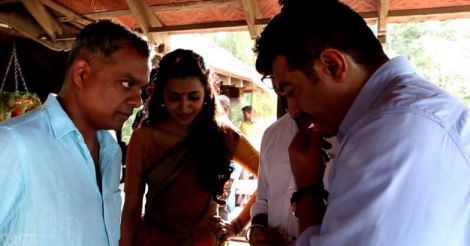 Gautham Menon with Trisha and Ajith.

"I don't consider it a big deal. When I portray them respectfully in stronger roles, the reason it gets highlighted is because women are not shown in good light and they're merely used as objects of glamour and somebody's lust in majority of our films," said Gautham, who has plans to do a woman-centric film some day.

Before 'Yennai Arindhaal', Gautham was to work on an ambitious project called 'Dhruva Natchathiram' with Suriya. The project was eventually shelved after he had a fallout with the actor.

Soon afterwards, he started a project with Simbu and shot for about a month and it was then he got an opportunity to work with Ajith in 'Yennai Arindhaal'. 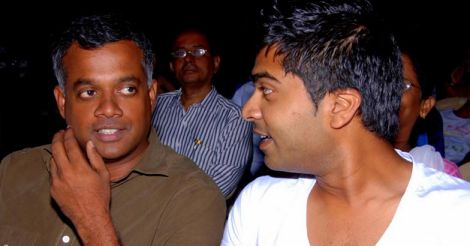 Gautham put his project with Simbu on hold and started working on Ajith's film. Not many filmmakers would dare to do such a thing.

"Simbu being a good friend said that I need to go ahead and do this big project. Things were not good when the Suriya project got shelved and that is why we started Simbu's film right away. But I didn't want to let go of an opportunity to work with Ajith because I've always wished to team up with him and you might not know, but it could also lead to so many other things," he said. 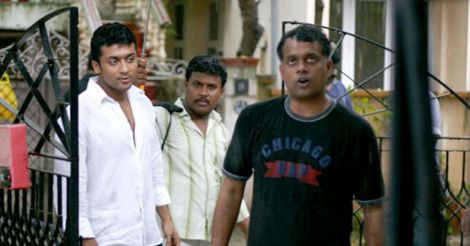 Gautham Menon with Suriya during the shooting of 'Vaaranam Aayiram'

Asked if he has plans of reviving 'Dhruva Natchathiram' with Suriya, Gautham said there's no such plan and that they're not in talking terms.