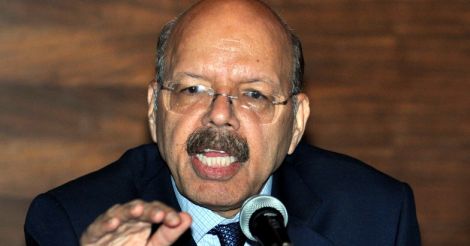 New Delhi: The presidential poll would be held on July 17, the Election Commission announced on Wednesday.

The term of president Pranab Mukherjee ends on July 24.

Last date for nomination is June 28. If poll needed then it would be on July 17 and counting on July 20: CEC Naseem Zaidi #Presidentialpolls pic.twitter.com/iThFPqJV8N

"The last date for filing of nomination is June 28 and the counting will take place in Delhi on July 20," chief election commissioner Nasim Zaidi told reporters.

A notification would be issued on June 14, he said.