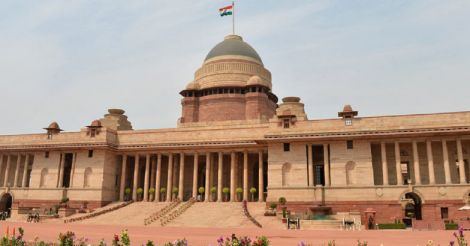 New Delhi: The process of filing nominations for the July 17 presidential poll began on Wednesday with the Election Commission issuing a notification in this regard. The nomination process will continue till June 28.

The ruling NDA and a loosely knit group of opposition parties have intensified efforts to zero in on a "mutually acceptable" presidential candidate. But they would go their separate ways if a consensus proves elusive.

After a prolonged silence on the issue, BJP chief Amit Shah has constituted a three-member committee comprising union ministers Rajnath Singh, Arun Jaitley and M. Venkaiah Naidu which will hold consultations with the NDA allies and the opposition on the issue.

Leaders of opposition parties will hold their meeting this afternoon to chalk out their joint strategy and come up with a consensus candidate.

The 10-member sub-group of the opposition is meeting for the first time after its constitution recently.

Sources said the opposition leaders will try and come out with some possible names for the post of president, but will await the government initiative in this regard.

In a bid to ensure that non serious candidates do not file nomination for the prestigious election, laws were amended a few years ago.

If the elections are held in case both the NDA and the opposition field their candidates, then the results will be announced on July 20.

The term of present incumbent Pranab Mukherjee comes to an end on July 24.