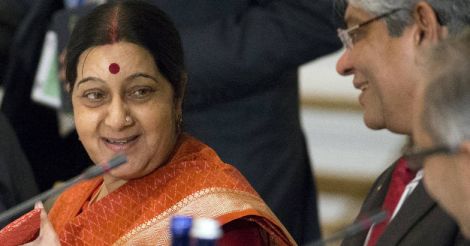 New Delhi: External affairs minister Sushma Swaraj Saturday dismissed reports that she was a contender in the presidential poll as "rumors".

Though neither the government nor the opposition has declared their candidates for the poll to elect the country's first citizen, several names, including Swaraj's, have been doing the rounds.

"These are rumors. I am an external affairs minister and you are asking me something which is an internal matter," she said, when asked by reporters whether she was being considered as a candidate in the presidential poll.

As per the schedule, June 28 is the last day for nominations, while a candidate can withdraw from the electoral battle till July 1.