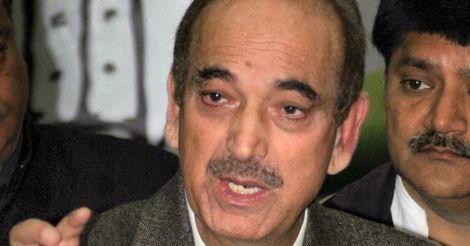 New Delhi: Opposition parties will meet on June 22 to decide on fielding a consensus candidate for the presidential election, with the NDA declaring Bihar governor Ram Nath Kovind as its nominee for the post, Samajwadi Party leader Naresh Agarwal said on Monday.

"The parties will meet and decide whether or not to field a consensus opposition candidate for the July 17 presidential election," he said.

CPI national secretary D Raja said union ministers Rajnath Singh and M Venkaiah Naidu, who were part of the BJP's three-member panel formed to hold discussions and build a consensus on a presidential candidate, had not propose any name.

"Now, they have named a person with RSS background. We are against it, but we will have to discuss the issue within the CPI and with other opposition parties. A meeting will be held soon to discuss the same," he said.

Raja said Naidu spoke to him over the phone after BJP chief Amit Shah announced Kovind's name and sought the CPI's support for his candidature.