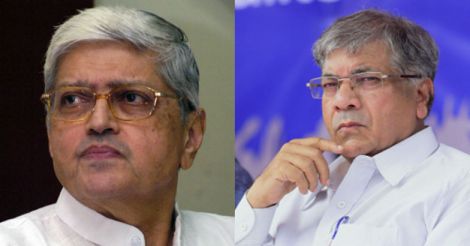 However, Left leaders would be open to other suggestions at the meeting, to be held later in the day, the sources said.

Former Lok Sabha speaker Meira Kumar and ex-home minister Sushil Kumar Shinde are believed to be among the others being considered by the opposition parties.

"We feel there has to be a contest. We think either Gandhi or Ambedkar should be fielded as the joint opposition candidate. However, that said, we are also open to considering other names," a top Left leader told PTI.

CPI national secretary D. Raja's name was also proposed by "some individuals and not parties", the sources added.

For all the latest news on presidential elections

Leaders of key opposition parties, barring those from Nitish Kumar's JD(U), are expected to attend the meeting.