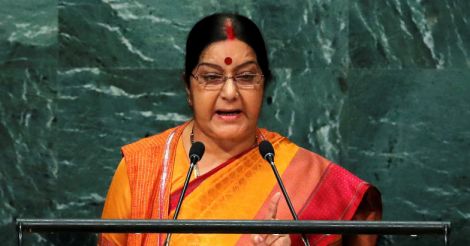 Bhopal: The NDA's presidential pick Ram Nath Kovind Sunday said he had discharged his duties as the governor of Bihar with a belief that "everyone was equal, irrespective of religion, caste and region," and which is why he got support from the state.

Kovind was apparently referring to Bihar chief minister Nitish Kumar, who broke ranks with the opposition, to support the former's candidature for the top constitutional post.

"For us, people of all religions, caste and regions are equal and on that basis, I have only discharged my duties as the governor of Bihar. That is why we have got support from Bihar also," a BJP release quoted Kovind as saying.

Kovind had resigned as Bihar governor on June 20, a day after he was picked as NDA's presidential candidate.

Kovind was addressing BJP MPs and MLAs at the chief minister's residence.

"Out of these four, the BJP has so far occupied three posts. Now that happy moment is coming when we will see our worker occupy the country's highest post. The country will celebrate Diwali on July 25," the external affairs minister said.

Describing Kovind as an able worker, Swaraj said he was selected for the top post because of his abilities and qualifications and not because he was a Dalit.

"The politics being played out in the name of Dalit versus Dalit pains me a lot. He (Kovind) was selected for the government job through UPSC, but he had declined the offer as he was destined to offer a letter of appointment to a prime minister and become the supreme commander of the three forces," she was quoted as saying in the release.