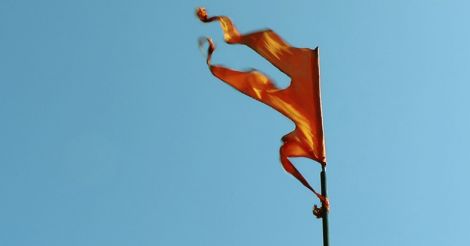 Image for representation only. FIle

New Delhi: The RSS is believed to be in favor of the ruling NDA selecting a candidate belonging to the upper caste and southern India for the post of vice-president, in its discussions with the BJP on the issue, sources said.

The Rashtriya Swayamsevak Sangh is learnt to have suggested this as the ruling BJP-led NDA has nominated Ram Nath Kovind, who hails from northern India and is a Dalit, as its presidential candidate.

A vice-presidential candidate from southern India, where the BJP is striving to spread its foothold, would be seen as an advantage, as well as having the candidate be from the upper caste - in a balancing effect to the president being from the disadvantaged section, sources said.

Nitish Kumar's party, then a member of the...

Gopalkrishna Gandhi had a distinguished career in...

According to sources, the three met at Keshav Kunj - the RSS headquarters in Delhi - and held an hour-long discussion on the "qualifications" of the candidate to be nominated for the August 5 vice-presidential election.

Shah, who is in Delhi as part of his 110-day-long nationwide tour, is expected to convey the RSS' choice to prime minister Narendra Modi. The issue is to be discussed at the BJP parliamentary board meeting before the announcement.

The BJP is expected to hold a meeting of its Parliamentary Board in a day or two.

With the last date for filing nomination papers for the vice-presidential election being July 18, the BJP is likely to announce its candidate by Saturday. The monsoon session of Parliament is beginning on Monday, the day of the presidential election.

The scrutiny of nomination papers for the vice-presidential election will take place on July 19. The last date for withdrawal of nominations is July 21.

With opposition parties announcing the name of Gopalkrishna Gandhi, the grandson of Mahatma Gandhi, as their nominee, a contest for the vice-president post is imminent.

Sources in the BJP said that as per the RSS' choice, Maharashtra governor C. Vidyasagar Rao can emerge as front runner for the post as he brings with him a vast and varied experience in public life.

An activist of the RSS since childhood, Vidyasagar Rao has been an MP in both houses of Parliament. An LLB from the Law College of Osmania University, Rao was actively associated with the Akhil Bharatiya Vidyarthi Parishad (ABVP).