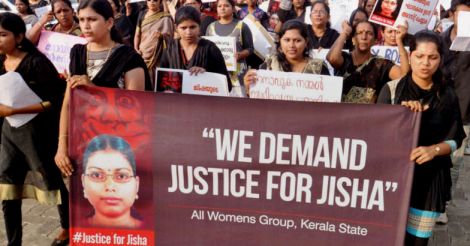 Kochi: Expressing concern over the delay in arresting culprits in the brutal rape and murder of a dalit woman in Perumbavoor near here, the National Commission for Scheduled Castes has asked the Kerala government to hand over the investigation in the case to CBI.

"I have asked the state government to recommend a CBI probe into the rape and murder. It is a matter of concern that the culprits have not been arrested so far," commission's chairman P L Punia told PTI over phone from New Delhi.

Punia, who had visited the victim's mother in hospital and her house in Perumbavoor earlier this month, said the state police had told him that the culprits involved in the crime would be arrested soon.

"But they have failed to nab the culprits even two weeks after the murder. I feel that the state police investigation is not going in the right direction. So I have strongly asked the state government to recommend a CBI probe into the case," he said.

Punia said he had on Friday last written to the state government seeking CBI probe into the rape and murder of the 30-year-old law student on April 28 in her house.

The authority had sent showcause notices to five senior officers related to the complaints about "lapses" in the investigation, he said.

The rape and brutal murder of the woman became an issue in the just concluded assembly elections in the state with the opposition attacking the UDF government over the handling of the case.

He has served as a Junior Officer in the Rubber Board, Agricultural Inspector in the Thirukoch...