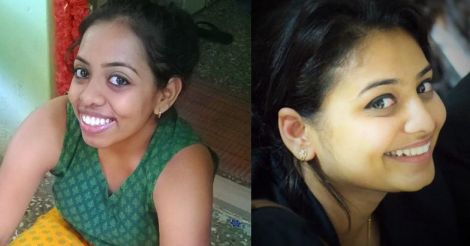 She has worn more than one hat. A commerce student who went on to pursue her masters in journalism and then work for over two years with a reputed news organisation. However, she yearned to do more. She took on the 'Teach for India' fellowship and was all set to work as a communications officer at a corporate firm when she got her calling. Today, she is doing her part in strengthening the country's education system – in an unique tech savvy way.

Meet Manasa, the founder of the education start-up 'Curricooler.'

The hair-pin bends in professional life

Manasa, the daughter of a businessman and a bank manager, hails from Bengaluru. For several years, she wanted to pursue a career in the area of education. Unsure of how to go about it, she decided to try several paths. “If you see the way in which I had chalked out my career plans, you would realise how clueless I was to reach my goal. Had I planned my career well, I would have been able to focus better. Not that I have any regrets about the many decisions that I have taken,” she says.

An effort to make careers 'cooler'

The idea of her firm had cropped up during a conversation with her brother Madhusudhan and her husband Aritro. Manasa said, "I wanted to help students chalk out a meaningful career plan by letting them know of various subjects involved in the job as well as the work exposure (eg: an internship) that they would need to achieve their goal." This is being done to let students know of the vastness of every field. “Even if you were to become a doctor or pursue a career in the area of medical science, the knowledge is so little. Not may are aware of the various branches of medicine and other aspects of medical science, such as research,” explains Manasa.

The initiative also includes a provision whereby the student gets an opportunity to interact or intern with experts in the field. “No matter how tech savvy we may be, there is always something more that meeting an expert in-person can do. For instance, a passionate photographer might have learnt how to control the camera via online tutorials. But there are finer aspects to it, such as way in which you hold the camera while focussing, choosing the right frame for the image, etc. that only a person who is physically present can explain,” she commented.

Manasa said that while her father was excited about the idea of her running a start-up, her mother was a little hesitant. “My father is a businessman and was really excited about the fact that I was going to be following his footsteps. My mother took longer to come to terms with my venture. She would tell me that I wouldn't be able to make any money for the first few months. But, things have changed. Now, my mother and father help spread the word and have been very supportive,” she said. As a matter of fact, Manasa's brother has penned down a course plan on a few subjects related to sports for the forum. “My husband and my brother work with a reputed corporate in Benglauru. Moreover, both of them have graduated from the Indian School of Business (ISB) and like the idea of doing something on my own,” she added.

At present Manasa and Curricooler's Marketing Head, Esha Agarwal, are promoting their forum via social media. The firm is active on Twitter and Facebook. The firm is likely to expand it's workforce soon and hopes to reach out to as many student of the higher second sections of schools.