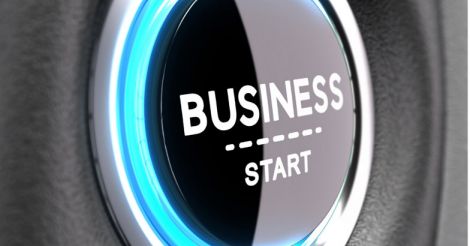 In India, many startups are actually happening in the organic agriculture space but little is known of or heard about them.

They may not have found space in Vigyan Bhavan during the inauguration of 'Startup India' by Prime Minister Narendra Modi in New Delhi on January 16. Overwhelmingly the glitz of technology-led startups were there for everyone to see. They are the now famous ones in online marketing like Flipkart or those in transportation aggregation like Ola.

This is a fantastic initiative. It has the architecture of giving entrepreneurs the space to do what they do best, creating products and services from ideas and making them work - the startup ecosystem. After making them work, curating them to be able to monetize it, before ramping it up in terms of scale.

That an idea can fail and hence needs that exit route is planned well. Self-certification is a key ingredient. This will take away the 'babu' or small time bureaucrats who have no clue as to what entrepreneurship is all about impeding the process. They do not even want to understand it. They just want to get in the way. They add friction and costs. All counterproductive.

Making it easier to register and get loans is the next big thing. Creating a tidy Rs. 10,000 crore ($1.5 billion) fund for startups is also a great initiative. If the ministries all ensure that there is minimum government, then I am sure the 'Startup India' will lift off.

Why should this be limited just to technology-led startups? What we need to do is to connect it to agriculture. Make AgriTech startups cool. This is where the real fun is going to be because India's teeming millions of young people will have to be part of the food security apparatus. This needs careful handling as there is a message in the startup plan that only tech startups are in. Agro-startups will enhance our ability to grow our food locally and build the largest food basket in the world. Such startups will have the resilience to adapt to the vagaries of weather induced by climate change.

Will NABARD be up to the task? Can it leverage the fundamental momentum that is being given by Prime Minister Modi in solving the key issue of young people leaving their farms and going elsewhere?

Gangtok, the capital of Sikkim, played host to an agriculture ministers' meet which was flagged off by union minister Radha Mohan Singh and Sikkim Chief Minister Pawan Chamling. The keynote speech was by Dr. Ramesh Chand, a member of the NITI Aayog. He is a long-time professional in the field of agriculture. What he said was remarkable. How can we make 'Startup India' available to the farming sector? It is not just about giving sops but turning to making farming profitable once again with cheaper input costs.

Critically, technology is available for the farms. Many young and tech background people have found solace and their calling in buying poor and degraded land and making it into vibrant agri businesses. There are many instances out there. Take, for instance, Lumiere Organic, headed by Manjunath and headquartered in Bangalore. It started with just growing what is now known as organic food and vegetables. It now has a roaring organic food restaurant. Guess who are its main customers? Technology-fatigued souls from Bangalore's millions working in the hi-tech industries! All looking for the organic balm.

Manjunath wants to source products from far away Sikkim. So what is required? Get young entrepreneurs to do just what Manjunath and many others have done. Young people need to get the space to start and, if need be, fail. This is what entrepreneurship is all about.

Sikkim, under Chief Minister Pawan Chamling, has created a state that is fully organic. Sikkim is the brand; Sikkim needs to be leveraged. Can we now marry Prime Minister Modi's 'Startup India' with Organic Sikkim and field 1,000 young entrepreneurs? This is a challenge worth taking. This is a partnership worth exploring.

This perhaps is the opportunity of the decade before us. What it needs is to be able to have a quick mechanism like an incubator in Sikkim to leverage the full potential of 'Startup India.'

(P.D. Rai is the Lok Sabha MP from Sikkim. The views expressed are personal)