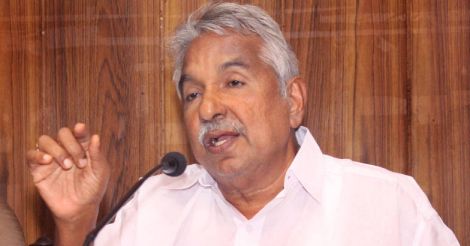 Angamaly: An oil industries-focused jobs training facility was inaugurated by Chief Minister Oommen Chandy at the INKEL business park at Angamaly on Sunday. Chandy lauded the efforts by the Labour Department in providing skill sets that would link talented youth with job opportunities.

The Enlighten Skills Programme for Oil and Rig (ESPOIR) Academy has been set up jointly by the Kerala Academy for Skills Excellence (KASE) and Eram Group.

He said such programs would help decrease unemployment in the state. Labour Minister Shibu Baby John presided over the function. If Kerala is seen by the central government and other states as the skill capital of India, Angamaly could be Kerala’s prominent centre for skill development, the minister said. He said ESPOIR, which means ‘hope’ in French, could be the first step in this direction. More training centres, including those from Tata, would start in the park, he added.

Eram Animation Lab Private Limited has also signed a contract with the United Nations Information Centre for the “Save Mother Earth” campaign as part of the agency’s sustainable development growth programme. Minister Shibu Baby John unveiled a cartoon character for the campaign.

The chairman said the centre’s aim was to ensure jobs to all those who joined its programme. Even expert technicians such as electricians were unable to find employment abroad as they lacked certification. ESPOIR could come to the help of such people by training them to pursue overseas jobs, he added.

The centre will conduct 35 courses in the mechanical, electrical and instrumentation sectors. There will be three-month courses on offer for fabricators, fitters, welders, riggers, scaffolders, industrial electricians, instrumentation fitters, technicians and valve technicians.