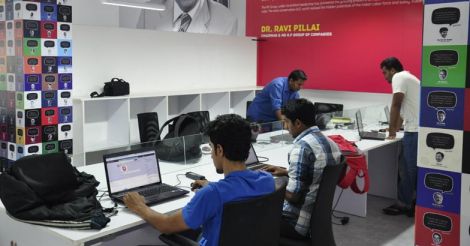 SEBI has reduced the lock-in period for startups to a minimum of six months. Photo: Manorama Online

Kochi: Responding to the proposals of the Securities Exchange Board of India (SEBI) over the listing of startups, Startup Village CEO Pranav Kumar Suresh said that the initiative would give more opportunities for the growth of startup ventures.

He added that the initiative will not hamper the funding of new ventures. 'This would ensure that only those who are aware of start ups enterprises would invest in the firms,' added Pranav Kumar Suresh.

On Monday, SEBI said it would relax rules, but would also limit fund raising on the platform from institutions and wealthy investors - as opposed to retail investors, who have flocked to internet listings - given what it said were the risks involved.

Among the requirements SEBI said it could relax the following aspects:

a) India's requirement for a long lock-in period of up to three years for a "promoter" investor, who holds at least 20 percent. That has been reduced to a minimum of six months. The lock-in has been a key concern for some of India's start-ups and their advisers, as they move towards full public share offerings but investors hold smaller stakes and typically aim to be more nimble with investments.

b) SEBI also relaxed rules on the amount of disclosure which firms need to provide on the use to which funds will be put. It said, moreover, that the issue price could be decided on the basis of metrics other than earnings per share and price earnings ratio - given few start ups are yet profitable.

However, he said that only those firms that have successfully raised their second round of funding through other methods are likely to acquire fund through the methods such as the IPO (initial public offer). “It is easier to manage funds if it is from an individual investor than from the stock market where there are several investors trading. IPOs can help expand the market base of a firm. Then again, we will have to see how this spells out. It is too early to comment,” Pranav said.