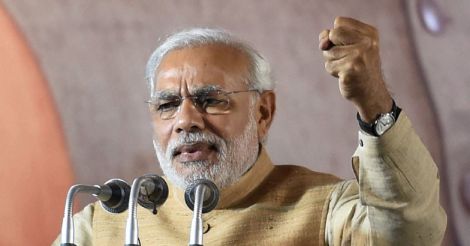 New Delhi: Prime Minister's "Start-Up India" initiative to be launched here on Saturday has evoked much interest and expectations from stakeholders. Here's what they have to say:

"Banks are not taking position to support early stage projects hence only areas of interest to Venture Capitalists and Private Equity players are seeing growth in startups. If government ensures a frictionless access to early stage capital to young entrepreneurs, we will see many more startup's in areas of priority for country's overall development."

"Our Government should also encourage micro-entrepreneurship by investing and dedicating an exclusive fund for entrepreneurs apart from the ones provided by the VCs and angel investors. Further, the government should address the challenges faced by start-up companies and set up proper compliance and redressal forums for addressing these issues. Any start is a good start."

"The Indian laws particularly for listed entities are impossible for any startups to get listed on Stock Exchanges. It is also impossible for an entrepreneur to take the stock in his Company through Sweat Equity because of the existing tax laws which are taxing such equity upfront by considering it as "deemed income. They must make sure that tax laws are amended for entrepreneurs and technocrats to own substantial percentage of the company."

"We are looking forward to the Action Plan which the Prime Minister will be unveiling on January 16. As a player in healthcare sector, we want to work closely with the government and make a cohesive partnership to help further its effort of making healthcare available to every citizen of the country."

"With many new E-commerce ventures starting in India, we look forward to the policy as it will address the problems of technology based startups and introduce a friendly business climate."

"Despite the demand, many entrepreneurs are hesitant to establish a startup owing to the existing roadblocks such as high interest rates, hassles in fund approval and regulatory constraints. Therefore, with the new policy, we not only expect the government to ease the regulatory compliance, but also exempt the startups from the taxes imposed by the central and state government. A change in tax regulation can boost further investments into the startup segment."

"Prime Minister Narendra Modi's initiative will simplify the things and doing business in India will be easier than ever. However, government should take measures to provide relaxation in existing tax laws and other regulatory procedures."

"It's high time the Govt of India realise that the any innovation in cyber security ecosystem can achieve the double aim of economic growth as well as improving national security landscape of the country. US has already realised this and established In-Q-Tel and CIA funded venture capital firm to invest in technology startup. India needs to follow it."

"Aqua Mobiles requests The Controller of Certifying Authorities to take necessary actions that may expedite the certification process in the interest of both consumers and manufacturers of mobile handsets."

"We look forward to the government's effort to innovate education initiatives so that all Indians can enjoy rich, fulfilling livelihoods."

"Women entrepreneurship is being recognised as an important source of economic growth and the special incentives for women entrepreneurs in the new policy will help overcome gender based barriers in the industry."

"We strongly believe in the vision of Make in India and the financing options and tax breaks under the new policy will help boost entrepreneurship and job creation and effectively streamline the procedure of doing business in India."

"With an already strong momentum on entrepreneurship among our best and brightest, Govt. support and favorable policies will go a long way in fueling vibrant financial ecosystem and a well-trained & accessible mentor network including accelerators and incubators that can maximize success of new enterprises through readily available knowledge and guidance. Startup India will provide a platform to create many Silicon Valleys in India,boosting economic growth and creating millions of jobs."