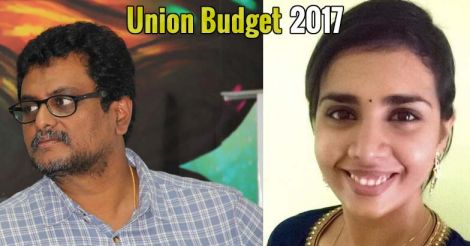 Ahead of the union budget to be unveiled by finance minister Arun Jaitley on Feb.1, here is a wishlist for startups. Aardra Chandra Mouli, founder, Aeka Biochemicals, a Thiruvananthapuram-based biotech startup, and Robin Alex Panicker, a Bengaluru-based IT professional and investor, tell Onmanorama what startups would like to hear from Arun Jaitley to cheer a fledgling ecosystem caught in the cobweb of regulatory hazards.

» Funds that are geared towards making initial growth possible for a startup, easy access to and quicker disbursal of such funds

» Tax exemptions for startups that are in initial stages, but with the industry aspect factored in while deciding the eligibility 'age' of the startups.

»Biotech startups such as ours need a longer period to get of the ground, say up to a minimum of 3 to 5 years, compared with more service-oriented start-ups

»Provision for single-window bodies at grass-roots level where regulatory, financial, IP and technology support is available, as is access to industry mentors.

»Provision for marketing support for own equipment manufacturers (OEM) or own product manufacturing startups under auspices of government -- not SME purchase allocations or similar schemes, but a portal, for example that acts as an e-market for startups to launch their goods

»What a majority of the startups want are pretty basic and similar, industry-specificity notwithstanding. Thus an element of industry-based variability could be immensely useful. Especially for biotech.

»Abolish the so-called Angel Tax -- Taxing capital is as good as defeating the very purpose of raising capital.

»It’s encouraging to see that the union government has made changes to windup procedures for companies. This need to be supported by simpler statutory processes.

»For investors, the period for long-term capital gain for unlisted companies need to be reduced to one year. This will help to boost the investment scenario in startups.

»Employee Stock Option Plan (ESPOs) to be taxed at the time of sale.