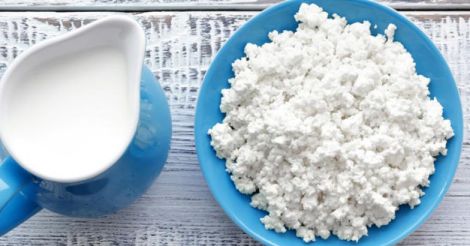 Apart from keeping your gut healthy, consuming a diet rich in probiotics - also called as "good" or "helpful" bacteria - may cut the risk of osteoporosis, an age-related bone loss condition that causes fractures among one in three women over age 50 worldwide, finds a study.

"Older women are at risk the most of osteoporosis and fractures. Treatment with probiotics can be an effective and safe way to prevent the onset of osteoporosis in many older people in the future," said Mattias Lorentzon, Professor at the University of Gothenburg, Sweden.

Brittleness of the bones, or osteoporosis, is characterised by porous and weak bones, which can cause them to break even when subjected to low loads, such as a fall from a standing height.

According to the International Osteoporosis Foundation, the condition causes more than 8.9 million fractures annually, resulting in an osteoporotic fracture every three seconds.

Worldwide, one in three women over the age of 50 will experience osteoporotic fractures, as will one in five men over the same age.

The findings, published in the Journal of Internal Medicine, also opens the door to a new way to prevent fractures among the elderly.

For the study, the team ingested a powder that contained either Lactobacillus reuteri 6475 bacteria - health-promoting bacteria - or a placebo every day for a whole year in nearly 100 elderly women, 76 years old on average.

The women who received the powder with active bacteria had lost only half as much bone in the skeleton compared with those who received inactive powders.

"Another positive outcome from the study was that the treatment was well tolerated and did not produce more side effects than those experienced by women who received the placebo," the researchers noted.