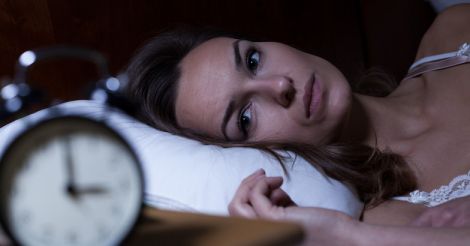 Women, please take note. Even if you are having mild sleep problems, such as having trouble falling asleep, it can raise your blood pressure, a new study suggests.

The study found that women who had mild sleep problems - including those who slept for seven to nine hours a night, as measured by a wristwatch-like device - were significantly more likely to have elevated blood pressure.

The researchers also found an association between endothelial inflammation and mild sleep disturbances.

According to the researchers, nearly one-third of adults don't get enough sleep and for women, the problem may be even bigger.

"That's concerning, since studies have shown that sleep deprivation and milder sleep problems may have a disproportionate effect on cardiovascular health in women," Aggarwal added.

For the study, published in the Journal of the American Heart Association, the researchers examined blood pressure and sleep habits in 323 healthy women.

Some of the women allowed the researchers to extract a few endothelial cells from inside an arm vein to look for a pro-inflammatory protein that is implicated in the development of cardiovascular disease.