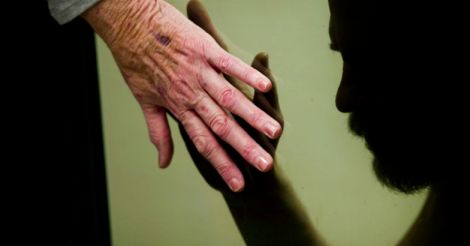 Image for representation only. File/AP

That cold night in the streets of New Delhi is still vivid in my mind. I was in New Delhi to attend my UPSC interview. Those days you could attend the IPS deferring the IAS. I was put up in Kerala House. I wanted to see Jama Masjid. I went over by bus. It was late, late when I took a cycle-rickshaw back to Kerala House. I was already coughing in the mist of the New Delhi cold. Suddenly, in the middle of nowhere, the cycle rickshaw stopped. Hum nahi jayenje aage,he said. Thum uththro.

I knew that the rickshaw puller was adamant that I get off. I protested. He was firm. Somewhere in the valley below was perhaps his hooch corner. I got off, but insisted that I would not give him a pie. He did not seem to want any either. My heart sank as I watched him sink into the Delhi mist

leaving me, a stranger, in the middle of darkness and nowhere.

I had no other option but to walk. Maybe another 20 km. I gathered that it was a straight road. But I did not really know. I was coughing deep and wild, as I walked speedily on, my mind full of thoughts of murders and kidnappings in the odd alleys of Delhi. It was 1979.

Also Read: In the beginning was the word

I saw a scooter speed past me as I heaved and coughed, and trudged on. Moments later, I thought I heard someone speak to me in a soft, low voice. It was the Sardarji who had rushed past me on his green Bajaj scooter a few minutes ago. Delhi mein naya hai kya ?Immediately, I blurted out my plight to him, frantic. Bytto peeche. What will you do walking in this cold night all alone ? Not safe, beta. Let me drop you at Kerala House.

I was bowled. His words brought tears to my eyes that I did not wish to show him. What did that Sardarji get, coming back, riding me, 20 km off his route, wasting his time and fuel, so I, a total stranger could enjoy the warmth of my bed, and be safe. I remembered Shakespeare. This was nothing but the milk of human kindness. What would I have done without him that cold misty night?

Some of the greatest lessons that I have imbibed, are not from History or Political texts, but from ordinary human beings with unsung extra ordinariness in them.

There was another similar incident one night in Navi Mumbai. In the middle of my journey home on rough New Mumbai terrain, my scooter tyre got punctured. Frantically, I clutched at the spare, but the tyre had no air. It was past 11.30 in the night, and already drizzling. I had no other option but to keep pushing my scooter, my old heavy Vespa blue, uphill. And to top it all, it was a Sunday night. Maybe I had done around fifteen minutes of pushing uphill, sweating all over and dreaming of home, when I heard the roar of a motorbike stop by my side. Kya ho gaya sir?

Puncture, I told him. I was gasping. Aap taharo. Thoda wait kijiye. I know a puncture wala a km around, but he must be closed and asleep... Do you have tools to remove this tyre? Yes, I said I have them.

We moved together to a side, and the hefty one, sat down at my rear wheel and removed the tyre. Wait kijiye aap, he said. He took the deflated tyre in his hand. I'll be back. Almost an hour late, my hefty guy was back. It was 12.30 or past. He fitted the tyre for me. The guy was sleeping he said, completely drunk. But I told him it was for my dear friend... .

Dear friend.... ? I looked at that hefty stranger. My God, we had never even met until now. He finished his work for me. Ab jaayie sahaab... I thanked the stranger profusely, and took down his phone number, but ungrateful me, I lost it, and could never ring him up later. But, think of it, that hefty one was Buddha or even Jesus to me.

And now, the other side. Late one night, last local train running, while traveling from Vashi to Belapur I heard a strange eerie and frantic noise that told me that perhaps it was some one falling off the train. What happened, I asked one standing passenger, rising from from my seat. Oh. A man just fell into the Vashi creek..... He was standing at the doorway... Then why did you not pull the emergency chain if you saw him falling, I asked him.

The man just smiled. The train sped on. I thought of that man dying among the mangroves, and somewhere, his family waiting for him with supper, as the train kept speeding. How insignificant life was in terms of someone else's time. And I thought again of Shakespeare.... Life is a tale told by an idiot, full of sound and fury, signifying nothing.... .