After Nottingham win, India no pushover for England

India won the third test against England at Trent Bridge, Nottingham, by a margin of 203 runs. What warmed the hearts of the lover of the game more than the victory were the words of skipper Virat Kohli during the post-match interview when he dedicated the victory to the flood victims in Kerala and spoke about their sufferings. Kohli has also chipped in towards the massive relief work currently underway in the state by contributing to the relief fund as well as by sponsoring food, medicine and other materials for the affected people and animals. This humane gesture has won Kohli and his boys the gratitude and good wishes of the entire nation, which would stand them in good stead during the ensuing battles in the two tests that remain to be played in this series. 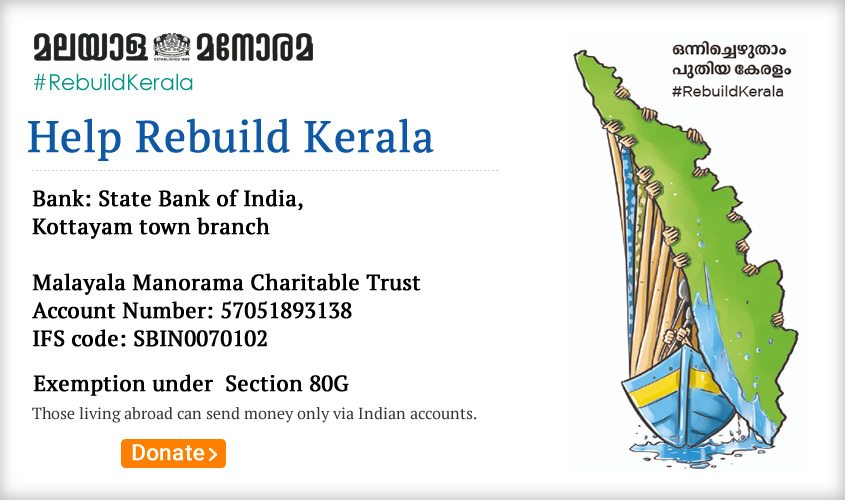 Those who had seen the manner in which India had gone down by a margin of an innings and 159 runs in the second test at Lord's would have been amazed at this turnaround in fortunes. After the narrow defeat in the first test, the loss by a huge margin in the second would have made fans in India wonder whether the team had started to disintegrate, unable to come to terms with the pressure brought about by incisive seam and swing bowling of England. Memories of the miserable tour of 1974 are never far from the minds of those who had followed that series, like this author. However, Kohli and his boys demonstrated in no uncertain terms that the defeat at Lord's was not as bad as it appeared nor were they ready to give up on the series.

One of the biggest worries at the end of Lord's test was the fitness of Kohli himself. He had been bogged down by a spasm of back muscle and was in considerable pain when he had batted during the second innings of that match. He was asked by reporters at the end of the test whether his back would become alright for the match at Trent Bridge starting in six days time, to which he had replied "It will have to". There could not have been a greater display of determination by the Indian skipper.

He worked on his fitness in the short span between the two tests and, as is his wont, led from the front. He was unlucky to miss out on a century in the first innings but made up for this by reaching the three figure mark in the second. While doing so, he joined a very select club of six batsmen who have scored more than 200 runs in a test match on 12 occasions or more. He also moved back to his original place at the top of ICC rankings for batsmen in test matches, a slot he had vacated after the second test.

The first test at Edgbaston, Birmingham, had shown that India cannot win a test match riding solely on the back of Kohli's bat. In that match also the skipper had performed brilliantly scoring 149 and 51. However, India could not chase a fairly reachable target of 194 in the last innings as the rest of the batsmen floundered against well directed pace bowling by English bowlers. The third test finally showed signs of the other Indian batsmen coming to grips with the pitch and weather conditions as well as the bowling attack. The opening batsmen managed to give decent starts in both the innings and Cheteswar Pujara and Ajinkya Rahane came good in the middle order scoring half centuries. It was treat to watch Rahane match his skipper stroke for stroke in the first innings while Pujara lent excellent support to Kohli in the second. These performances, along with useful contributions from the lower order, helped India to set a near impossible target of 521 runs in the last innings.

It is well known that test matches are won by bowlers who are required to take 20 wickets of the opposing side. The ability of Indian bowlers to dismiss the opposition twice in test matches played abroad has not been in doubt. However, very few matches have been won by India in such a convincing manner and credit for this should go to the splendid performances by the bowlers. While Hardik Pandya bamboozled England middle and lower order in a brilliant spell where he took five wickets in a span of mere 24 deliveries in the first innings, it was Jasprit Bumrah who broke a well-settled partnership and ran through the remaining batting line up of the hosts in the second outing. If Pandya got his wickets by bowling a full length and utilising the conditions to make the ball "talk", Bumrah let it rip using his high-arm action, which the batsmen found to be disconcerting. The other bowlers had also chipped in nicely, though their returns were meagre compared to that of Pandya and Bumrah.

It should not be forgotten that the bowlers were helped in their endeavour by the fielders, particularly those stationed in the slip cordon, who ensured that they caught everything that came their way. In the final analysis, it was a case of Indian bowlers, with the support of fielders, utilising the ground and weather conditions better than the host side!

The real find for India from this match was wicket-keeper Rishabh Pant. Though he was not part of the original squad and could make his way in only on account of Wriddhiman Saha, the first-choice wicket-keeper, suffering an injury, Pant performed with aplomb behind the stumps, when given an opportunity to don the big gloves in a test match. Experts stay that it is not easy to begin one’s career as a stumper in England. The atmospheric conditions that make the ball wobble and move late creates as much difficulties for the wicket-keeper as it does for the bowler. There might even be instances when the ball would wobble after crossing the stumps or taking the edge of the bat, which can throw a stumper off balance. Further, only very experienced glovemen would be able to determine accurately the "carry" that the ball would get and position themselves correctly so as to ensure that the "snicks" do not fall short or bounce too high to be held. Pant himself moved the wrong way once and dropped Joe Buttler when the batsman had just got off the mark in the second innings. But, other than this lapse, he equipped himself well behind the stumps and returned with seven catches, thus equalling the record for a debutant, which he now holds with five others. He also lived up to his reputation as an attacking batsman, hoisting off spinner Adil Rashid for a six over mid-wicket to record his first-ever scoring shot in test cricket.

At this juncture, when two matches remain, it can be said that India has come back into the series with a bang. It is too early to predict whether the tide has turned firmly in favour of India but it can be said with confidence that England would not be able to treat the visitors as a pushover after this emphatic victory. In the history of test cricket, only the Australian side led by Don Bradman could achieve the task of coming back and winning the last three tests after losing the first two, to clinch the series. India had come very close to achieving this twice, against West Indies at home in 1974-75 and against Australia in an away series in 1977-78.

It remains to be seen whether Kohli can inspire his men to do a repeat of what Bradman’s boys did against England in 1936-37. This would not be an easy task by any measure, but the present Indian side under skipper Kohli possesses the potential and chutzpah to attempt the impossible. One hopes that the good wishes and prayers of Keralites from across the world helps "Team India" to achieve their goal by adding that element of good luck which should help them to tide over the glorious uncertainties that the game can present at critical junctures.