No decision on Rajasthan CM yet, Congress meets governor to stake claim

Jaipur: A Congress delegation met Rajasthan Governor Kalyan Singh Wednesday evening to stake claim to form the government in the state but the party was yet to decide who should be the chief minister.

The discussions with the AICC general secretary Avinash Pande and observer K C Venugopal continued till late evening, when it was apparently decided to put them on hold. 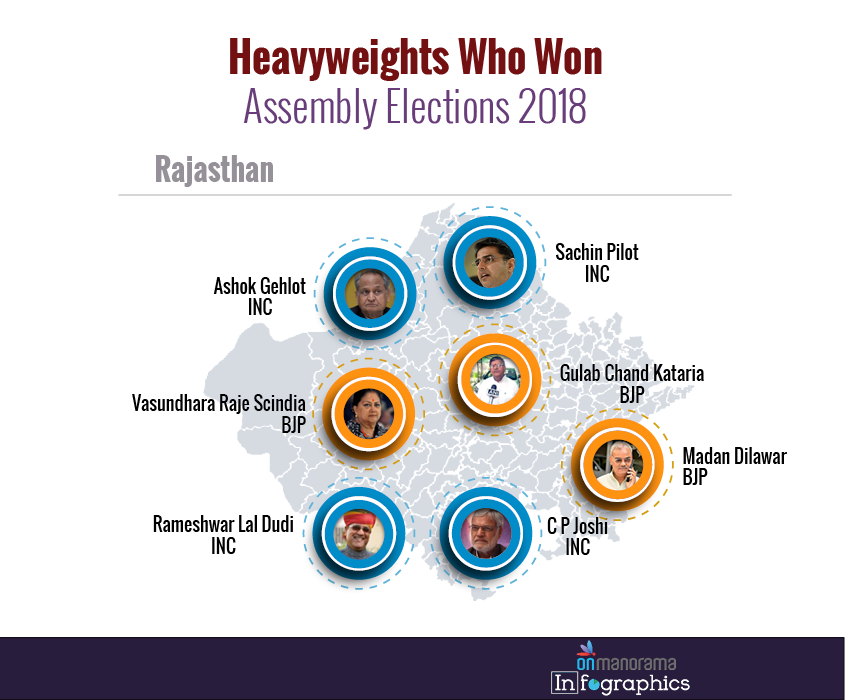 Pande, Gehlot and Pilot were part of the delegation that left for a meeting scheduled earlier with Kalyan Singh.

A Congress MLA said there could be another meeting of the Congress Legislature Party Thursday morning to resolve the deadlock.

The party won 99 seats and its ally Rashtriya Lok Dal got one seat out of the 199 for which elections were held on December 7.