The party has decided to field Chandrasekharan's wife and party leader K K Rema in Vadakara against CPM's P Jayarajan, who is alleged to be one of the conspirators in the TP murder case.

Apart from Vadakara, the party will also contest from Kozhikode, Alathur and Thrissur. However, Venu said that the nominees would be withdrawn from the contest if other acceptable candidates are in the fray.

"No discussions were conducted with the Congress regarding the elections so far. Candidates for all the seats will be announced in a couple of days," said the leader.

Though Vadakara was said to be a stronghold of CPM, senior Congress leader Mullappally Ramachandran had won twice from the constituency consecutively in 2009 and 2014. He is unlikely to to contest this time as he is the KPCC chief. 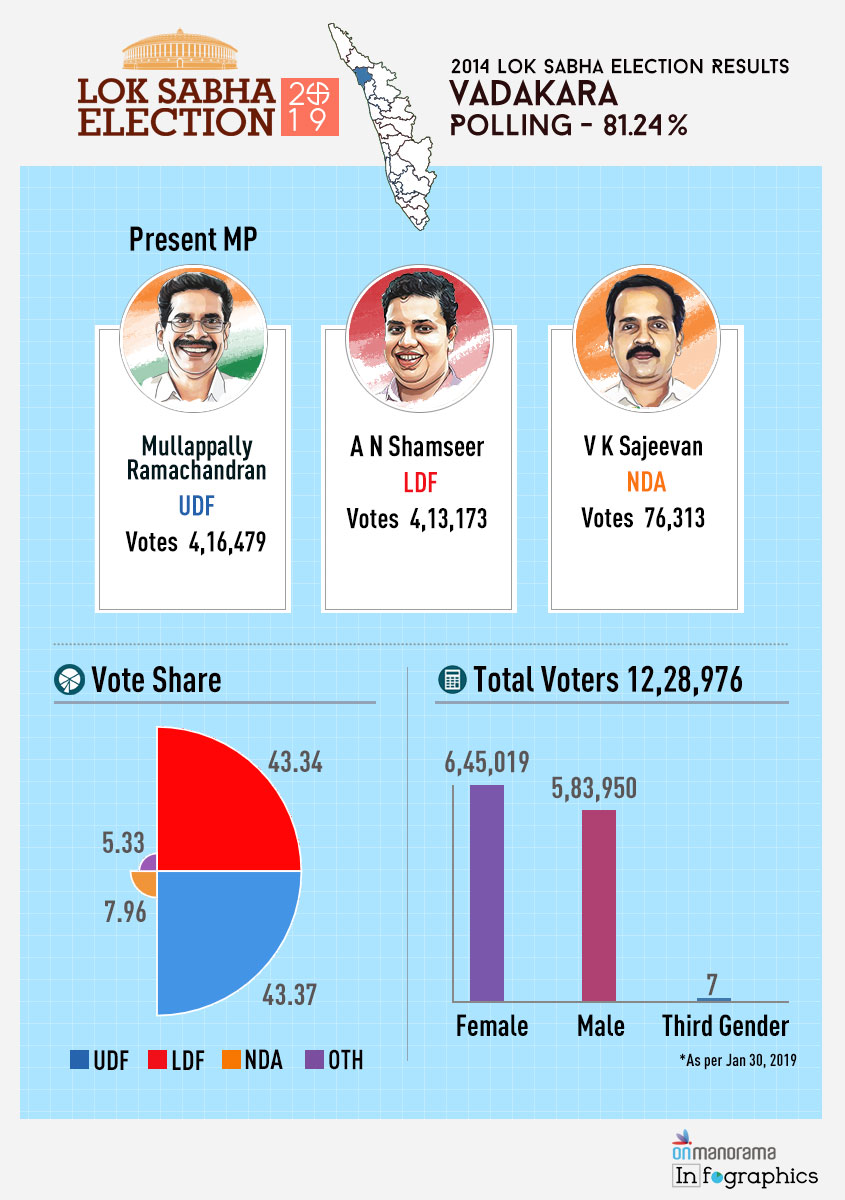 Meanwhile, Leader of Opposition Ramesh Chennithala said that discussions will be carried out to ensure the support of all secular-democratic forces, including the RMP, in Vadakara. He was replying to queries by reporters on whether the UDF would support Rema.

"The seat is being represented by KPCC chief Mullappally Ramachandran now. Our aim is to bring together all secular-democratic forces in the fight against the CPM's politics of violence and the BJP's communal agenda," said Chennithala.

To another question, the Congress leader commented that AICC General Secreatary K C Venugopal may have decided not to contest because he was busy with organisational responsibilities.

"I have no idea whether any community organization has demanded that women should not be fielded in Wayanad. These are times when women cannot be excluded from any sector," Chennithala said.