Kozhikode: Setting aside factional disputes in the state unit of Congress, grass-root level workers of the party have vowed to cash in on the anti-government feeling, both against the Centre as well as the state government. This sense of a larger purpose dawned while the notorious feuds between 'A' and 'I' groups flared up during the recent Lok Sabha seat allocation. While group leaders are busy holding 'secret' meetings, the election campaign in north Kerala, especially in Kasaragod and Kozhikode districts, has not picked up pace.

On the poll trail, Congress is campaigning against 'murder politics' and 'CPM terror' in the aftermath of the murder of two Youth Congress workers - Kripesh and Sharathlal - in Periya, Kasaragod, last month. The mothers of the murdered youth had raised election deposit fund for Rajmohan Unnithan, the UDF candidate from the Kasaragod constituency. In Vadakara constituency too, where P Jayarajan, CPM's former district secretary of Kannur, is the LDF candidate, the UDF is predominantly focussing against the 'murder politics'.

In Kasaragod, smooth electioneering could be a casualty if the District Congress Committee (DCC) and the Congress candidate Unnithan don't build a rapport soon. The DCC was stunned to know about the candidature of Unnithan who belongs to Kollam district. 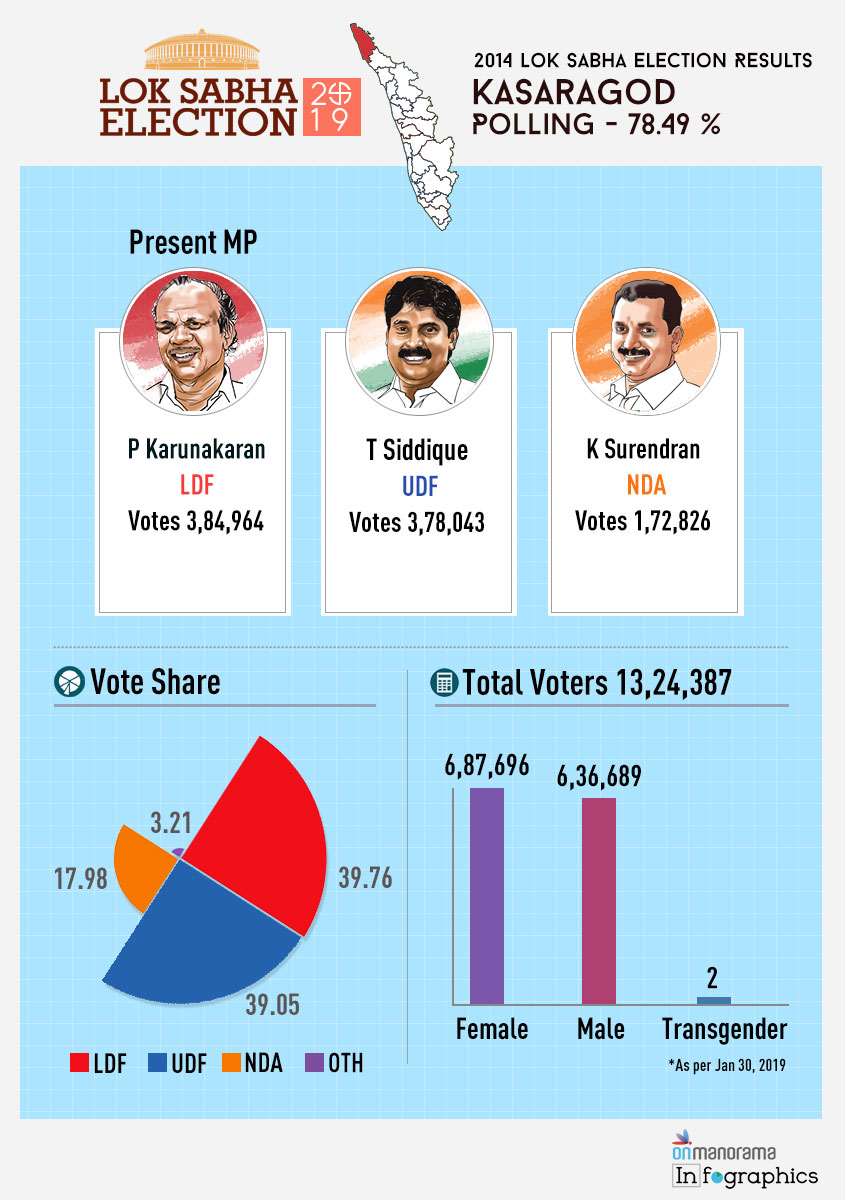 Unnithan was aghast when he found that the DCC was not organising campaigns properly. Being an 'outsider', the senior Congress leader needs cooperation from the district-level body for smooth campaigning. The state leadership of the party had to intervene and unofficially agree to shift DCC chief Hakkim Kunnil post election.

Former Kasaragod DCC president CK Sreedharan and KPCC general secretary KP Kunhikannan have been given additional charge to lead the campaigns in the northern-most district of the state. Along with them, a steering committee consisting of UDF Kasaragod district convener A Govindan Nair, DCC general secretary advocate A Govindan Nair, KK Rajendran, PA Sharafali and PK Faisal was formed.

The situation in Kozhikode

In Kozhikode, when the party workers gave a rousing welcome for K Muraleedharan, the UDF candidate for Vadakara, on Thursday, the 'I' group leaders held a parallel meeting. The latter desires at least the post of the Kozhikode DCC president, as the incumbent T Siddique has been chosen as the UDF candidate for Wayanad, though an official AICC announcement in this regard is yet to come. While Muraleedharan was meeting reporters in Calicut Press Club, the 'I 'group leaders led by former DCC president M Veerankutty were in a huddle in the Youth hostel in the city.

The 'I' faction in Kozhikode blamed the inability of its leaders, including Ramesh Chennithala and KC Venugopal, to bargain for the Wayanad seat, which is deemed to be a sure seat for the UDF to win. N Subrahmanian and PM Niyas are the prominent 'I' group leaders eyeing for the role of DCC president. 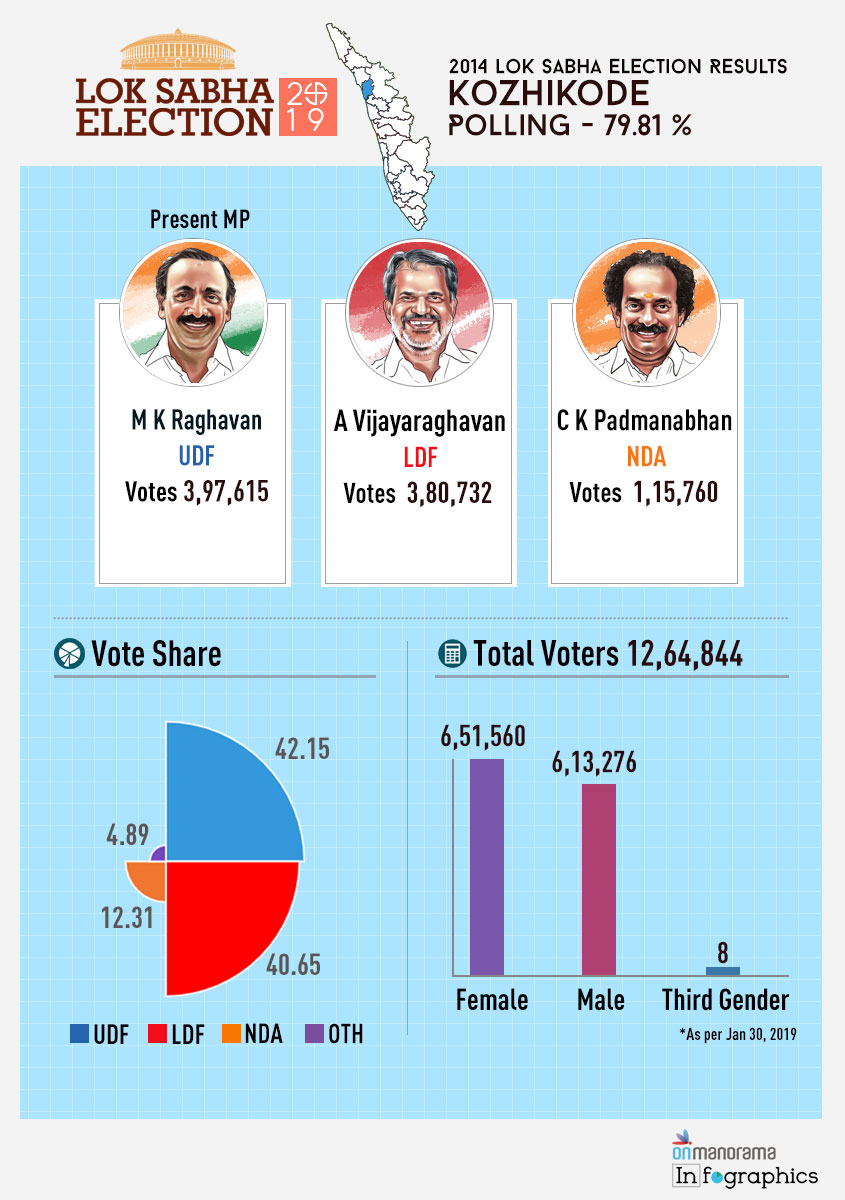 When nearly 30 leaders of the 'I' group in the district protested in private, party workers in towns and villages are determined not to fight each other in the name of divisions and they deem the friction among office-bearers at various levels as just irritants.

Voters in Kerala are set to cast their votes on April 23 and opinion polls predict the Congress-led UDF is set to corner a major chunk of the 20 Lok Sabha seats in the state.