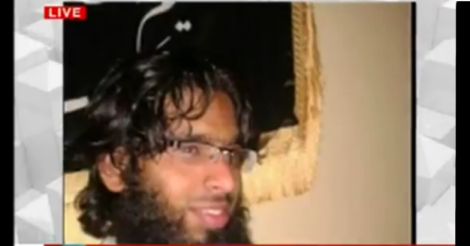 Abu Tahir was a native of Palakkad. Screengrab

Thiruvananthapuram: A Keralite youth, who had allegedly joined al-Qaeda, was killed in a US attack in Syria, Manorama News reported on Sunday.

Palakkad native Abu Tahir had reportedly gone missing in 2013. Later, he posted on Facebook that he had joined the terror outfit. One of his relatives in Qatar got a message on social media informing him about Abu Tahir's death. There has been no official confirmation on the news yet.

A Kerala man Abu Tahir who allegedly joined Al-Qaeda, killed in US attack in Syria, a relative in Sharjah got the message on April 4. pic.twitter.com/f36dejBmVo

Message claims one more Keralite IS recruit's death in Afghanistan

Yahiya and his wife, both of whom had converted to Islam, were among the 20-odd Keralites who had left the country allegedly to join the ISIS. Yahiya's brother and wife are also missing.

(With inputs from IANS)