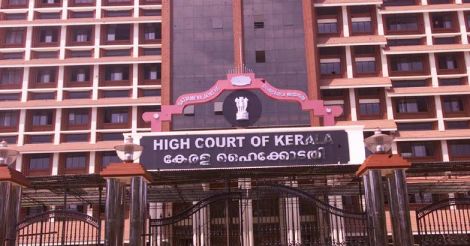 Kochi: The Kerala High Court has declared as "null and void," the marriage of a 24-year-old woman who was allegedly forced to convert to Islam after being abducted and wrongfully confined in Kerala's Malappuram district.

A division bench passed the order on a petition by Asokan, a retired armyman and father of the woman. He had alleged that she was forced to convert at an "illegal Islamic conversion center".

"The marriage which is alleged to have been performed is a sham and is of no consequence in the eye of law," the court said.

It said Sainaba and her husband, who had given the woman away in marriage, had no authority to act as her guardian.

The petitioner alleged that his daughter was abducted and wrongfully confined in an illegal Islamic conversion center in Malappuram district, and was forced to convert before her marriage on December 19 last year.

Allowing the writ plea of the father, the bench granted the custody of the woman to her parents and directed the police to provide protection to them.

The bench ordered a probe into activities of organizations allegedly involved in conversions.

"Such investigation shall be completed as expeditiously as possible and the persons who are found to be guilty shall be brought to book," it said.

Last year, the High Court had ordered a police probe into the "antecedents" of a Muslim educational and charitable organization in Malappuram district on the petitioner's charge that it was an "illegal Islamic conversion center" and his daughter was "wrongfully" confined there. He had claimed they had plans to take the woman to strife-torn Syria.

The police was also directed to probe the antecedents of Sathya Sarani girls hostel in Manjeri in Malappuram district and also about the girl's local guardian A S Sainaba.

The petitioner had alleged that Sathya Sarani was an illegal Islamic conversion center run by Popular Front of India, an organization founded by the leaders of the banned Students Islamic Movement of India.