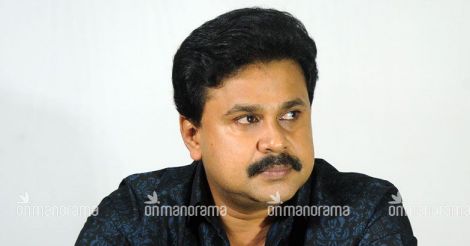 Kochi: Popular Malayalam actor Dileep, arrested in connection with the abduction and assault of a leading South Indian actress, was Tuesday remanded to 14-day judicial custody by a court in Angamaly.

The actor was brought to the residence of the magistrate this morning amid tight police security. After completing all formalities, the magistrate remanded him to judicial custody.

A large number of people had turned up outside the house to catch a glimpse of the actor. As Dileep came out of the magistrate's house, people booed him.

"I am not scared of anyone as I have not committed any crime," Dileep told reporters as he was being taken to the magistrate's house.

Dileep was later shifted to a jail in Aluva, which is also his hometown.

Hundreds of people assembled outside the residence of the magistrate and booed and raised slogans against the actor. Similar scenes were witnessed outside the Aluva sub jail.

The 2-part, 25-hour grilling that forced Dileep to confess

Noted lawyer K. Ramkumar, who appeared for Dileep, said the actor has been charged under Section 120(B) of IPC. He said a bail application has been moved in the court.

It is likely to be considered Wednesday. Ramkumar alleged that the actor was arrested after being "framed" in the case.

No special cell for Dileep

Dileep is most likely to be lodged with other prisoners in the jail. He is unlikely to be given a special cell. The court will consider his bail plea Wednesday.

The police said there was no instruction from the magistrate to provide any special facilities to Dileep in jail.

Kerala police chief Loknath Behra had said Monday that the actor was arrested based on evidence police gathered during the process of investigation.

The 48-year-old actor is accused of conspiracy behind the abduction and assault of the actress, an incident that has sent shock waves in the state.

Police had questioned Dileep and his director friend Nadhirshah for nearly 13 hours on June 28 in view of main accused Pulsar Suni's revelations.

Police protection has been provided to Dileep's establishments including hotels and theaters.

Youth outfits of various political parties, including the BJP, Congress and CPI(M) staged protests against Dileep in various parts of the state Monday soon after the arrest.

They also burnt the effigies of the actor in various places.

The actress, who has worked in Tamil and Telugu films, was abducted and allegedly molested inside her car for two hours by the accused, who had forced their way into the vehicle on February 17 and later escaped in a busy area in Kochi.