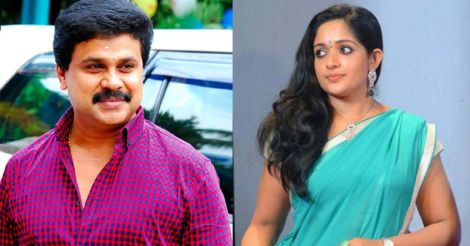 The police want to ascertain whether the mother-daughter knew about the conspiracy, allegedly hatched by Kavya's husband - actor Dileep, who is under police custody. However, the police do not believe that they had any direct involvement in the case, sources said.

Main accused Pulsar Suni had told the police that he had given the memory card that purportedly contains the images of the victim at the Kochi office of Laksyah, a boutique owned by Kavya Madhavan.

Who got Pulsar Suni in touch with vengeful Dileep?

The rise and fall of Mollywood's people's hero Dileep

The police had conducted searches at the boutique's office in Kakkanad last month. Though the police could not access the CCTV image, they are confident of finding more evidence from the shop.

Suni had also said one 'madam' had given the quotation to attack the actress. It was not known who he was referring to. The victim too spoke about the involvement of a certain madam.

Actor Dileep was arrested by the police on Monday in connection with the abduction and assault of the young actress in Kochi on February 17. The police had arrested Pulsar Suni, who had worked as a driver of many film personalities, six days after the incident. A letter which Pulsar Suni purportedly wrote to actor Dileep had caused a furore.

Dileep had undergone a marathon 13-hour grilling at the Aluva police club days ahead of his arrest. The actor had approached the police saying that the prime accused tried to blackmail him from jail. Things went awry for Dileep after the police found discrepancies in his statements. Dileep had earlier admitted that he was not in good terms with the victim actress. However, he denied having any involvement in the case.

Read more: Latest news on Kerala | Who got Pulsar Suni in touch with vengeful Dileep?

Hearing on the matter is scheduled for next week.