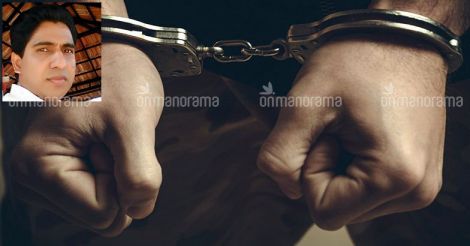 Father Saji Joseph, a resident of Kottiyoor, had allegedly abused the children, aged 14 and 15, when they were the residents of the St. Vincent's Balanagar, Meenangadi.

Kalpetta: A Keralite priest, who was accused of sexually abusing teenage boys, was arrested Tuesday. The priest, who was absconding for the last three days, was nabbed by the police from Mangaluru and brought to Meenangadi in Wayanad.

Father Saji Joseph, a resident of Kottiyoor, had allegedly abused the children, aged 14 and 15, when they were the residents of the St. Vincent's Balabhavan, Meenangadi. The incident reportedly took place during the vacation time last academic year.

The incident came to light when one of the children revealed his ordeal to his parents. The parents contacted the Childline authorities who then started counseling activities for the traumatized child. Later, it was revealed that another child was also abused by the priest at the children's home. The case was registered based on the report of Childline to superintendent of police Rajpal Meena.

The priest has been charged under Protection of Children from Sexual Offences Act (POCSO). He will also be booked under the Juvenile Justice Act, 2015.

The incident involving the priest has put the church in a spot again. Earlier, a 16-year-old girl was allegedly raped by a church vicar at Kottiyoor in Kannur district. The girl gave birth to a boy on February 7 after which the priest was arrested.

Read more: Latest news from Kerala | When stars want to be the omnipresent demigods in real life