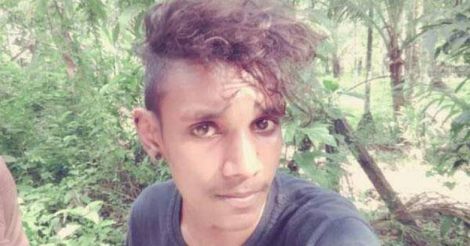 Thrissur: The torture allegations in the July 18 suicide of Vinayakan, a dalit youth from Engadiyur, Thrissur, is gathering storm as the postmortem report has confirmed police brutality.

In a major lead, head, forensics, Dr. N. A. Balaram and forensic surgeon Dr. K. B. Rakhin, confirmed in their report that there were five suspicious injuries on the dead body.

There were three identical scars on the forehead, one above the right nipple and one with six scars on the lower abdomen. The injuries, even though not deep, point to a possible custodial torture as alleged earlier.

The injury on the abdomen could possibly be caused by boots or wood splinters.

The 19-year old beauty parlor employee was allegedly picked up by the police under suspicion of involvement in serial chain-snatching incidents in the area.

The police claim that Vinayakan, along with his friend, was taken into custody while driving a bike without the necessary documents and a license.

The police have been vehemently denying the allegations of custodial torture and are sticking to their version that the youth was let off with his father.

The teenager was found hanging at his house a day after the arrest. Following the growing ire at dalit abuse and moral hounding of citizens with alternative lifestyles, the DGP has intervened in the case. Civil police officer (CPO) Sreejith and senior CPO Sajan, accused of torture, have been suspended.