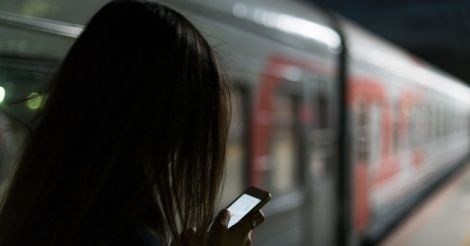 Palakkad: The 'Blue Whale' Suicide online game, which has claimed hundreds of lives across the world, has been downloaded over 2,000 times by mobile phone users in Kerala, the police have said.

The dangerous game’s rising popularity among Keralite teenagers was brought to the attention of the authorities by online advertisement agencies. Apart from directing them to hand over the details, the police have advised the parents of teenagers to be alert.

It is suspected that the four Palakkad-based children, who ventured out to the Chavakkad beach on a KSRTC bus recently, were under the influence of the ‘death game’. When parents checked their mobile phones, it was revealed that they used to play the game.

The Blue Whale Game is a twisted online challenge that encourages vulnerable youngsters into taking their own lives. There have been about 530 deaths across the world linked to the deadly game, which is banned in many countries.

The Mumbai-based teenager, Manpreet Singh, who allegedly leaped to death from the terrace of a seven-floor building last week, could be the first reported Indian victim of the mobile game.

Words of caution for parents:

• Don’t allow your teenage children to use your mobile phone.

• If they own a mobile phone, keep an eye on their activities and check it regularly.

• Be vigilant if the child suffers from sleep deprivation.

• Say no to habits such as listening to music in the early hours or watching TV late into the night.

• Don’t let them to be hooked on mobile games, instead allow them to explore outdoor activities.