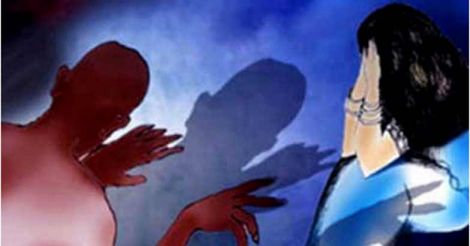 Kochi: A railway employee working in the Thiruchirappally railway division has lodged a complaint of sexual harassment against a senior section engineer. V. Manivannan, the divisional president of the Southern Railway Mazdoor Union, forced women employees to do household chores and even sought sexual favors, the complaint read.

The complaint received at the divisional railway manager’s office has been forwarded to the railway board, authorities said. As many as 50 employees report to Manivannan in the Mayiladuthrua section. Of them, 18 women are from Kerala.

Manivannan is also accused of forcing track maintenance workers to attend the meetings of his trade union. The complaint raises serious allegations against the leader. He cajoled a woman employee into his car on the way to a meeting in Thanjavur, talked dirty to her and tried to molest her, the complaint read.

A woman employee who was summoned to his residential quarters had to run away when he tried to molest her. He used to collect Rs 3,000 to Rs 5,000 from woman employees in the name of fund collection for the union but would only give them receipts for Rs 2,000.

The union leader presided over a racket of sorts, ensuring that the woman employees rented only the houses recommended by him. Any attempt to rent other houses would promptly be passed on to Manivannan, the complainant said.

The engineer would sometimes visit his woman colleagues at night and even sneak near the washroom. The women had approached the police against Manivannan but the police did not entertain their complaint due to the leader’s influence.

Manivannan summoned all 18 employees who stood up to him and admonished them in his office.

The employees want the people’s representatives to interfere in the matter on their behalf. The supervisors in the railway usually torment their subordinates physically and mentally, the employees complained.

Officers tend to protect the union leaders even if they received complaints against them. The supervisors try to enforce silence by assigning difficult track duties to employees and putting them on night shifts.

Recently, a group of workers from Kerala had a harrowing time after they raised their voice against the injustice. They were chased along the railway track by a group of goons.